While the U.S. continues its attempts to revive a nuclear deal, Iran hasn’t stopped spreading its tentacles throughout the Middle East, Africa, and Latin America.

Recent reports are calling attention to Iran’s expansion into the Red Sea. According to Israeli Defense Minister Benny Gantz, “In the last months, we have identified the most significant Iranian military presence in the area, in the past decade. It is a direct threat to international trade, energy supply, and the global economy.”

Gantz continued, stating, “It is also a direct threat to peace and stability in the maritime arena, which may affect the Mediterranean and beyond.”

American Family News spoke to Yoram Ettinger, former minister for Congressional Affairs at Israel’s Embassy in D.C., and a consultant to Israeli and U.S. legislators. And he agrees. 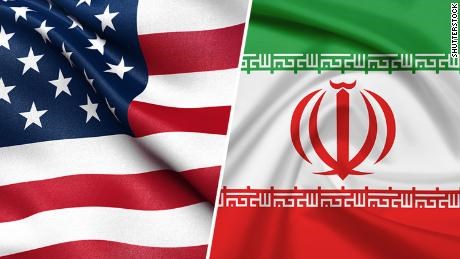 The retired ambassador says the world is “witnessing Iran’s original, and global, ambitions.” And these ambitions are not limited to the Persian Gulf or the Middle East at large. Iran’s expansive growth extends “all the way to Africa and into Latin America,” he explains.

Latin America brings Iran to the backdoor of the United States, and according to Ettinger, “the ayatollahs entrenchment in South and Central America goes back to the early 1980s.”

For Iran, he points out that America is their “number one enemy” and Latin America constitutes “the soft underbelly of the USA.”

Their presence in the region is part of a larger imperialistic and global goal, Ettinger notes. “In order to advance their entrenchment in Latin America,” he says, “they’re strategically collaborating with every single anti-American government.”

Colombia, for example, now has an anti-U.S. and pro-Iran leader. That Iran-Colombia partnership now extends to drug cartels and to terrorist groups that operate in the country and in the region.

“There is no doubt that there is a direct correlation between the level of deterrence emanating from Washington and the audacity of the ayatollahs,” Ettinger contends.

In the aftermath of a chaotic Afghanistan withdrawal and waning government support to its military, America is emboldening the Iranian regime, he warns. Pair this with the U.S. turning its back on some of its Arab allies and Ettinger predicts U.S. international policy has provide what he calls “a very fertile ground for a more audacious pursuit of Iran’s rogue goals.”

This, he says, is clearly manifested in Iran’s very own ballistic missiles and its unmanned aerial vehicles – armed drones – showing up in the Middle East, Africa, and Latin America.

An advocate for Israel and frequent critic of President Joe Biden predicted the U.S. president would fail the U.S. ally just days before Iran boasted it has the capability to build a nuclear weapon.