Subscribe
Biden 'gaffe' over Taiwan really a battle over commitments

Biden 'gaffe' over Taiwan really a battle over commitments

President Joe Biden this week committed the U.S. armed forces to fight China and defend the island nation of Taiwan, a vow that was in full retreat hours later, but a national defense analyst says Taiwan should not expect the U.S. to intervene when the Chinese artillery starts falling.

At a press conference in Tokyo, where Japan is beefing up its military for a future war with China over control of the seas, Biden was asked by a CBS News reporter if the U.S. is “willing to get involved militarily” to defend Taiwan after refusing to do so in Ukraine.

“You are?” the reporter, apparently surprised, asked.

Technically, however, there is no “commitment” by the United States to shoot down China’s air force jets and sink its navy ships in the Taiwan Strait that separates Taiwan from the Chinese mainland. 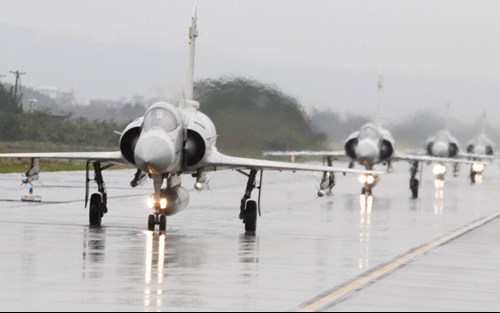 Taiwan is, in reality, on its own and knows it since no country has a treaty to defend it. China, meanwhile, has used its bullying power to isolate the tiny nation and continually threatens sympathetic nations such as the United States and Japan.

According to the White House transcript, Biden said twice at the press conference the United States does not oppose the “One China” policy in which the Chinese Communist Party considers the island part of the mainland. Opposition from the U.S., Biden said, comes from China’s threat to take over the island by force.

Hours later, a White House statement said Biden was promising military aid, similar to arming Ukraine to fight Russia, in the event of an attack from China. That is also a questionable promise to make for an island that could be surrounded by China's navy, preventing any military aid from reaching its shores.

Regardless, a promise of military aid was not what President Biden said in response to the question, and his comment has been described as a "gaffe" by the national media.

Reacting to the mixed message, national security analyst Bob Maginnis of the Family Research Council says Taiwan’s government and its military should not depend on President Biden’s promises.

“The Chinese, like the Russians, take a measure of the person at 1600 Pennsylvania Avenue,” Maginnis says, referring to the White House. “And they assessed what that response might be to any provocation on their part.”

On the same day Biden was meeting with world leaders in Japan, China sent two nuclear-capable bombers over the region in an obvious provocation. Those two warplanes were met with two more bombers from Russia in what the countries called a "joint patrol" of the region.

Three seniors at the U.S. Air Force Academy are being punished after refusing to get the COVID-19 shot, and a graduate of the well-respected officer academy calls it a cruel and unnecessary punishment.