Subscribe
Russian generals can 'deescalate' with a nuke but will Putin really do it?

Russian generals can 'deescalate' with a nuke but will Putin really do it?

The threat of Vladimir Putin launching a tactical nuke over Ukraine is no longer some crazy scenario, like a Hollywood movie plot, but a retired U.S. Army general says he cannot fathom Putin doing that knowing it will likely start a war with NATO.

The threat of nuclear holocaust and M.A.D. diminished after the Soviet Union broke apart in the 1990s, putting an end to the Cold War, but Russia today has an estimated 5,977 nuclear warheads, more than any other any other nation including the United States.

Why does that matter? On Feb. 27, approximately 72 hours after the first Russian army tanks crossed into Ukraine, Putin announced he was putting Russia’s nuclear forces on “high alert” because of “aggressive statements” by NATO about the invasion. That was during the first days of the Ukraine-Russia war, when Russia's generals expected those tanks would be driving into a surrendering Kyiv within a week. 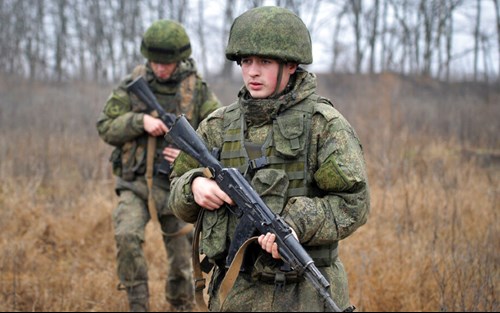 Since those early days, however, intelligence agencies in the West have backed up Ukraine’s claims that thousands of Russian soldiers have been killed or wounded; many have deserted; and those who are still fighting are running low on food, fuel, and ammunition.

In a March 15 article, published by the Center for European Policy Analysis, retired lieutenant general Ben Hodges said analysis about a battered Russian army is a credible one. He concluded Russia’s generals have a 10-day window to regroup or face defeat in Ukraine.

Now, four weeks after Putin’s nuke threat, AFN has learned Russia’s military doctrine allows its generals to deploy a nuclear weapon on the battlefield if it appears Russia is losing a conventional war near its borders. 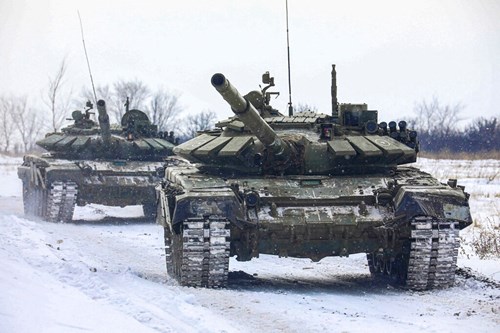 “The Kremlin, with its relatively limited resources, is unlikely to win in a prolonged, conventional, continental war with NATO,” a November 2021 National Interest story explains. “Thus, Russian military doctrine sees tactical nuclear warheads as a hedge against NATO--not only a deterrent but one of Russia’s only means of leveling the playing field in the mutually undesired event of an all-out war.”

A related military doctrine from Moscow is known as “escalate to deescalate,” which means using a nuke, or biological or chemical weapons, as a political strategy. Doing so not only defeats the enemy, such as the resilient resistance in Kyiv, but also bullies NATO to back down or else witness more of the same.

NATO this week, meanwhile, has said it is concerned Russia will deploy chemical weapons in Ukraine, and news stories suggest NATO has intelligence Russia is planning to do so and is reacting to that threat.

Senators warned of 'escalate to win'

Almost one year ago, U.S. Sen. Angus King (I-Maine) raised that issue in a Senate Armed Services Hearing with Charles Richard, commander of U.S. Strategic Command. The topic of the hearing was the U.S. military strategy about Russia. 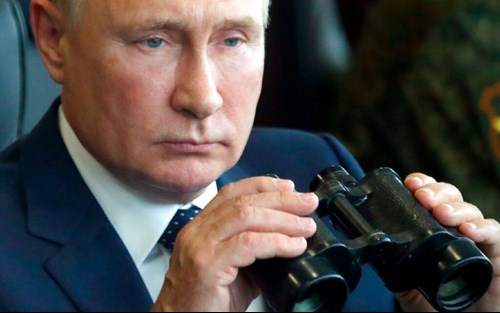 “One of the scariest terms I’ve heard recently,” King said, “is ‘escalate to deescalate,’ which I understand is a stated policy of the Russians in terms of tactical nuclear weapons in order to shock everyone into backing off.

“The short answer is yes,” Richard, a U.S. Navy admiral, replied. “Actually, it may be thought of more as ‘escalate to win,’ but not to mince words.”

Eleven months after that hearing, Sen. King visited the Poland-Ukraine border this week as part of a congressional delegation to witness the war-torn region. Regarding the options Putin can choose in the bogged-down invasion, King told reporters that Putin has several options: attempt a diplomatic agreement; increase his violent bombardment of Ukraine cities until they surrender; and attack the West with cyberattacks.

“The fourth is escalate to deescalate,” King said, “which is a tactical nuclear weapon.”

“Basically you use tactical nuclear weapons in order to gain a foothold,” Maginnis, with the Family Research Council, explains. “And then you exploit that with conventional forces, and then you deescalate.”

According to Maginnis, a retired U.S. Army colonel, Russia is losing because it sent untested one-year conscripts against well-trained, determined Ukrainian troops. Ukraine's troops are “decimating” Russia’s supply lines, and robbing the front lines of fuel and food, he says at the same time Russia has yet to “own” the skies with its air force.

In a separate interview, retired U.S. Army general Jerry Boykin told AFN he believes Putin is growing “desperate” as it becomes clearer the invasion is failing, but he insists Putin is not “irrational.” The threat of a nuclear strike, he says, is probably just that: a threat. 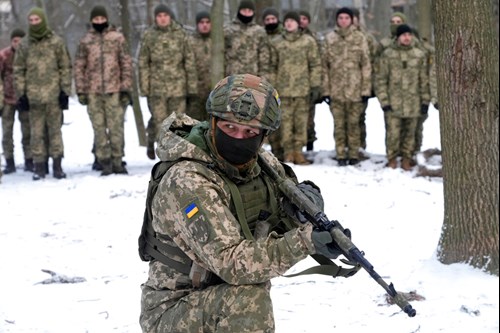 “I just simply believe the odds are against [Putin] using a nuclear weapon,” Boykin says, “and taking the risk of provoking an Article 5 response from NATO.”

Regarding the Ukrainians and their fight for survival, Boykin says Putin "miscalculated" their determination and also miscalculated his own armed forces. Russia will kill a lot of them, he adds, but they will not surrender.

"I got to tell you: I would not be against the Ukrainians," the retired general says.

With Beijing scowling, it's crucial Taiwan be included in joint training

Training exercises taking place between U.S. and Japanese forces are strengthening their operational capability together on the battlefield. But a retired U.S. Marine officer argues that to attain regional security, such exercises should also extend to include Taiwan.