Subscribe
Netanyahu, watching from outside, warns about Iran and nukes

Netanyahu, watching from outside, warns about Iran and nukes

Benjamin Netanyahu is warning that Iran could hold the entire world hostage if the Biden administration moves forward with plans to approve a new nuclear deal.

During an interview on Fox News, the former Israeli leader said allowing Tehran to acquire nuclear weapons be “the kowtowing of the democratic world” if allowed to happen.

“First of all,” he warned, “they can take the entire world hostage.” 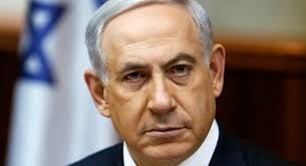 Netanyahu, who stepped down as prime minister last year, oversaw his country’s clandestine plan to deter Iran’s nuclear ambitions, which included the assassination of Iranian scientists to slow progress.

He also urged the U.S. and other democratic nations to work alongside Israel to keep Iran from producing nukes only to witness President Joe Biden return to the talks that were abandoned by Donald Trump.

The former prime minister made his comments on the "Life, Liberty, and Levin" show.

Putin pushed army in Ukrainian 'woodchipper' that pushed back

Russia’s military invasion of Ukraine enters a fourth week this week, and the world is watching Russia’s president witness his advancing army get slowed down against a determined foe that has not surrendered and is vowing it never will.