Reacting to the latest feel-good news from the Pentagon, a military watchdog keeps sounding the alarm that “woke” military leaders are going to get combat units clobbered, and lots of people killed, while they march to a cadence about “diversity” and “inclusion.”

After announcing last fall “climate change” is a threat to national security, the U.S. Dept. of Defense this week mirrored race-obsessed corporations and "woke" academia by vowing to promote minorities to higher ranks in order to achieve a more “lethal” armed forces.

“Diversity, equity, inclusion are necessities in the U.S. military,” reads the Dept. of Defense article. It quotes a senior Pentagon advisor, Bishop Garrison, who said minorities comprise about 41% of the U.S. armed forces but those numbers are not reflected in higher ranks.

The reason for that must be addressed and corrected, he said.

Garrison, who is black and a senior advisor to the U.S. Secretary of Defense, said more people in uniform should see “diversity, equity, and inclusion” as a “force-multiplier” that makes the military better and even more “lethal.”

He is responsible for “Human Capital and Diversity, Equity, and Inclusion” at the Pentagon. 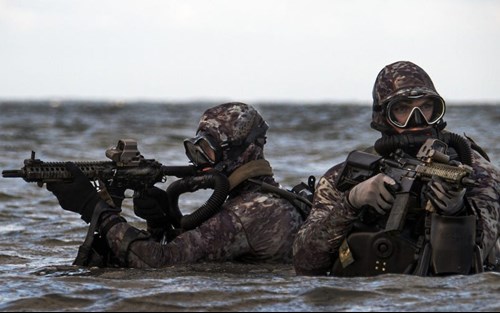 The article's now-familiar catch-phrase about “diversity” raised alarm bells at the Center for Military Readiness, a military watchdog group. That’s because the organization had already ripped the Pentagon in April 2021 after learning President Biden signed an executive order that ordered the elite U.S. Special Operations Command to embrace diversity, too.

SOCOM oversees tip-of-the-spear units in every military branch including the U.S. Army Special Forces and U.S. Navy SEALs, a force of about 70,000 across all the branches.

Responding to that order from the Commander in Chief, SOCOM released a 20-page “Diversity and Inclusion Strategic Plan.”

“All of us understand diversity and inclusion are operational imperatives,” the Strategic Plan states in the first sentence and, according to CMR, 12 more times in the 20-page document.

Those elite units supposedly allow only the most physically fit and lethal men to wear their uniforms, who are hand-picked from a literal army of eager candidates. Yet the Strategic Plan states that embracing diversity “heightens perspectives, creativity, productivity, and performance, allowing our force to be more precise, agile, and capable force.”

Elaine Donnelly, who leads the Center for Military Readiness, says the CMR analysis from last year predicted “serious problems” if SOCOM followed through on its promise.

And that is no longer a what-if scenario, either.

In an eye-opening story at The Federalist, published today, Donnelly tells the confirmed story of a female Air Force captain who hoped to join an elite combat controller team, known as a CCT. But she kept failing the difficult course again and again. Special Operations Command kept allowing her to try again and again, making a total of 11 concessions to a candidate who did not qualify to even to get in line with other CCT candidates. 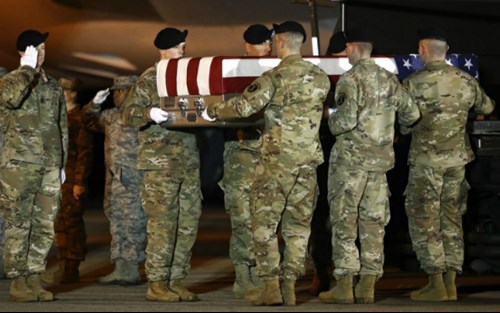 The female captain’s story was sent by a whistleblower to the Air Force Times, which dutifully tracked down the facts and confirmed the allegations were true.

“Why are we putting social goals above military readiness and morale,” Donnelly tells AFN, “even in the most elite military units and communities that we have?”

One answer to that question came from the lieutenant general who oversees the Air Force Special Forces Command and did not dispute the accusations.

“While the standards remain the same,” he told the Times, “the norms have not.”

According to Air Force Times story, those "norms" mean putting an unqualified candidate in a rigorous course, and giving her chance after chance to pass, in the name of diversity.

Improper vetting and naivety, says an investigative journalist, has resulted in a group of American soldiers being subjected to the teachings of an antisemitic, hardline Islamist.