Reacting to the fatal hostage standoff at a Texas synagogue, a former CIA officer is among many who are ripping the FBI for refusing to publicly acknowledge why an Islamic man held Jews hostage and demanded the release of an imprisoned terrorist and fellow Pakistani.

It took almost 12 hours for law enforcement to put an end to the standoff at the Beth Israel Synagogue, located in the Dallas-Fort Worth area. The crisis ended when an FBI team shot and killed Malik Faisal Akram, a British national and native Pakistani, who was somehow allowed a tourist visa to enter the U.S. despite red flags that went ignored.

The four hostages, who were unharmed, escaped before fatal shots were fired after the rabbi, Charlie Cytron-Walker, threw a chair at Faisal and the hostages fled.

After the incident was over, the FBI agent in charge of the crime scene told reporters that Faisal’s demands “were specifically focused on issues not connected to the Jewish community.”

That oddly-phrased statement, a reference to Faisal’s demand to release a federal Islamic prisoner named Aafia Siddiqui, raised eyebrows because Faisal had chosen a Jewish synagogue, during its Saturday service on Shabbat, as a target. 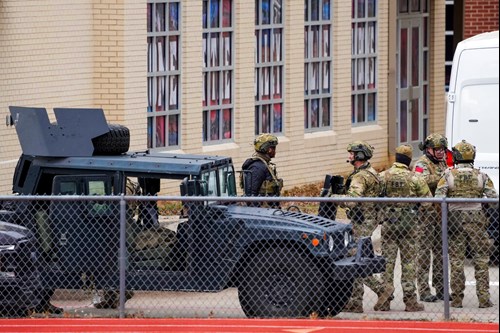 Faisal used the hostage situation to demand the release of Siddiqui, a female Pakistani national, who is serving an 86-year term for attempting to kill U.S. service members overseas. She is serving the sentence in a federal prison located in nearby Fort Worth.

Regardless of what Faisal demanded when he had the public’s attention, the FBI got ripped for appearing to downplay his decision to take over a synagogue.

A spokesman for Jewish group StandWithUs called the FBI agent’s “insulting and disappointing” in an interview with Fox News.

Kenneth Marcus, speaking for the Louis D. Brandeis Center for Human Rights Under Law, told Fox the FBI “got it wrong” because the hostage situation was “obviously” an example of antisemitism.

"If the law enforcement community doesn't understand what's going on, they're not going to be able to address the fallout from this," Marcus said. "This was not a mere slip-up.”

Clare Lopez, a former CIA officer, told American Family Radio the FBI agent’s comments to the media illustrates the “pure ignorance” and “incompetence” of some in law enforcement for refusing to understand the motive of Jihadists.

“Of course, it was directed at Jews,” Lopez told radio host Sandy Rios, “because Jew hatred is absolutely doctrinal to Islam."

In a statement released to walk back the earlier comment to reporters, the FBI called the ordeal a "terrorism-related matter, in which the Jewish community was targeted."

According to The Associated Press, U.S. and British authorities are investigating why Faisal was allowed a visa to travel to the U.S. after he was investigated as terrorist threat in 2020 by MI5, Great Britain's domestic security service. Even though that investigation ended, he was known as a trouble maker to authorities.

Looking at potential hot spots Ukraine and Taiwan, a military analyst predicts Ukraine might be spared an invasion from Russia but he says war is coming to the tiny island nation.