Americans who are suffering from the so-called “Havana Syndrome” deserve care for their injuries and answers from the government they work for, says a former top official at the Central Intelligence Agency.

More than 200 U.S. government officials and military personnel have reported symptoms associated with what is commonly referred to Havana Syndrome. First reported in 2016 by U.S. and Canadian embassy staff in Havana, Cuba, symptoms range in severity. Headaches, ringing in the ears, nausea, dizziness, confusion, disorientation, and other cognitive difficulties are commonly reported.

And the mysterious incidents continue to baffle medical personnel and other experts.

American Family News spoke to James Olson, former chief of counterintelligence at the CIA, who says it is imperative that policymakers “do not overlook the fact that [some nefarious actors] are using radio microwave or directed-energy attacks against Americans.”

While he suspects Russian technical support, he does not rule out Cuba’s continued involvement, either, because it is clear Cuba’s communist government is attacking known or suspected CIA officers on the island.

He says the U.S. State Department and intelligence community, including the CIA and FBI, have been investigating the attacks for quite some time.

“And there is no really good technical explanation of why Cuba would be doing this,” he admits. “It’s very conceivable to me that the Cubans have no other purpose than to harm Americans.”

No longer can anyone speculate that the symptoms might be “psychosomatic or exaggerated,” Olson insists, because it is now “well-documented” the medical impact is “quite severe.”

While China and Russian remain the top threats, he says, “[he has] no reservations about ranking Cuba number three as a serious espionage threat to the United States.” 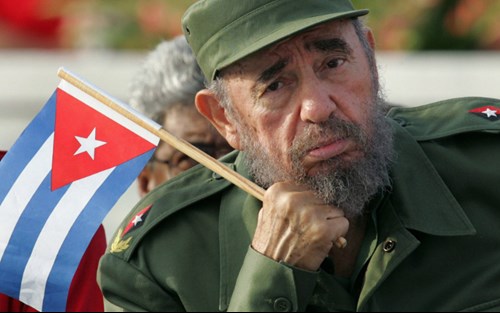 Throughout his counter-spy career, Olson considered Cuba’s intelligence service to be “a thorn in [his] side.” The former CIA intel chief says, “they were more competent, more disciplined, and more impermeable to penetration than the Russian KGB, which trained them.” This was “a case of the student surpassing the master,” he added.

“The Cuban DGI [General Intelligence Directorate] was superior in every way to the KGB,” and Olson admits, “they ran some very harmful operations against [the U.S].”

Today, Olson says, the Intelligence Directorate is as aggressive against the United States as it was during the Fidel Castro era.

Cubans have “ready access” to the United States through Florida, he notes. Opportunities to insert intelligence operatives and recruit intelligence personnel are amplified in the Cuban communities there, which is only about 90 miles from Cuba.

Olson indicates one of their primary goals is to infiltrate Cuban communities in places such as Florida and beyond. That is because the U.S. is viewed as the enemy by the Communist Party of Cuba, which is watching our country for signs of economic or even military threats.

“They don’t have the primary goal of stealing technology, like the Chinese,” he explains, “but rather an aggressive goal to infiltrate the U.S. policymaking and economic apparatus of the United States.”

Military analyst: Russia closer to a long-planned attack on Ukraine

A national security expert says Russia is capable of mounting an attack against Ukraine, and threaten NATO by doing so, and the lack of a bold response from the United States and other allies may have a devastating effect on how this scenario could play out at the turn of the year.