Rep. Dan Crenshaw (R-Texas), who lost an eye fighting in Afghanistan, is urging Americans to come forward with firsthand reports from Afghanistan that will hold the Biden administration accountable.

President Joe Biden’s deadly and disastrous withdrawal from Afghanistan left not only innocent victims behind but also plenty of hot-mad people with angry stories to tell, and now a U.S. congressman is urging them to share those stories.

Boiling with anger over American citizens left in Taliban hands, Rep. Dan Crenshaw (R-Texas) is asking for whistleblowers involved in the Kabul airport evacuation to come forward and describe the “real story” they have witnessed. Those first-hand accounts, which are already being told by some, will presumably dispute the President Biden's angry and incredulous claims of an “extraordinary success” when the last airplane left the war-torn country August 31.

“Tell us what the facts are compared to what the Biden administration is saying,” Crenshaw told Fox News this week. “Those facts, whether it’s decisions leading up to [the evacuation] or the execution of it, that is the best way we can get the right information and hold this administration accountable.”

Even by White House accounts, hundreds of American citizens and Afghans were left behind when the last planes departed. Many others put that number in the thousands, including Afghans with dual citizenship and Afghan Christians whose fate is certain death when they are found by the Taliban.

Many people are stepping forward to back up the skepticism with first-hand accounts. Michael Yon, a well-respected war correspondent and former U.S. Special Forces soldier, reported this week that he personally escorted an American woman and her three children to the Kabul airport but they were not allowed to enter. His account was first published at website Just the News, where he said the family was allowed through a Taliban checkpoint but was not escorted to safety because U.S. soldiers would not let them in. 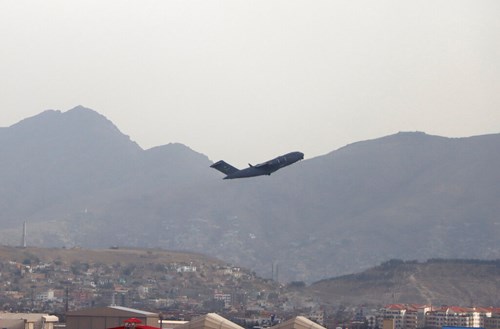 In that story, Just the News published that text message exchange and others that described a sad and terrible scene in and around the Kabul airport that was also avoidable.

The reality of leaving people in the hands of the Taliban is likely sickening to Rep. Crenshaw, a former U.S. Navy SEAL commander, who was taught that no American, living or dead, is left behind. He lost an eye in Afghanistan in 2012, when an IED exploded after and Afghan interpreter stepped on the booby trap.

In his own Twitter post on Sept. 1, Rep. Crenshaw stated there is a “private effort” to get U.S. citizens and Afghan allies out of Afghanistan and he accused the State Dept. of “refusing to actively assist” that effort. In other words, the U.S. lawmaker is accusing his own country of secretly stopping covert efforts to help evacuate the very same people the Biden administration claimed it would not leave behind. 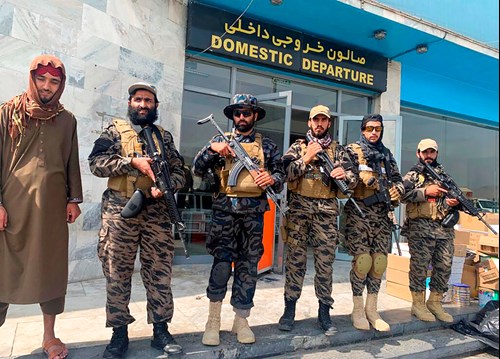 Crenshaw’s accusation mirrors the first-hand accounts of other Americans, such as former U.S. special operations soldiers on the ground in Afghanistan. As those soldiers and others tell their stories to journalists such as Lara Logan and  Michael Yon, and more recently Newsmax correspondent Emerald Robinson, stories are piling up that accuse the Pentagon of telling U.S. Marines to turn back people at the airport gates and the U.S. State Dept. instructing our allies to refuse to accept any planes carrying fleeing people.

Another well-known name claiming that is Glenn Beck, the radio show host, whose Nazarene Project said it whisked thousands of Afghan Christians out of their homeland before they became fatal targets of the Taliban. 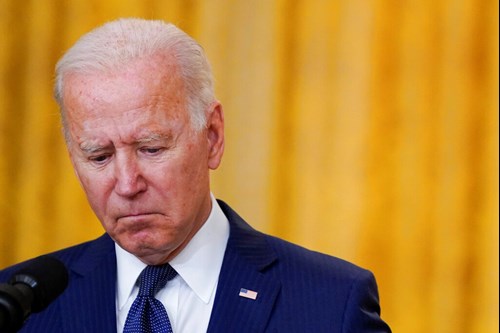 If the American public believes the claims from Rep. Crenshaw and from Beck, and the reporting from journalists such as Logan and Yon, there is a long list of people who witnessed our own country abandon  innocent people then lie about their own misdeeds.

Whistleblowers who are on the federal government’s payroll are protected by federal law, such as the Military Whistleblower Protection Act.

The official page for Rep. Crenshaw includes a lengthy and detailed whistleblower form, which the congressman also publicized in May when he and Sen. Tom Cotton asked servicemembers to blow the whistle on Critical Race Theory training.

A Republican congressman who lost both legs while serving in Afghanistan says it's clear to him that President Joe Biden is more interested in optics than in protecting U.S. citizens in Afghanistan.