U.S. lawmakers are speaking out about the dangers facing American citizens and Afghan allies in Afghanistan as the deadline winds down to leave the war-torn country.

With a deadline ticking down for America to withdraw from Afghanistan, Republican lawmakers are slamming President Biden for bowing to the Taliban over the August 31 deadline, and even Democratic lawmakers are now warning Americans will likely be left behind when that happens.

President Biden has rejected the advice and pleas of others – from his own advisors to Great Britain’s prime minister, Boris Johnson – to end the deadline. Instead, for whatever reason, he has firmly decided Kabul’s airport will be surrendered to the Taliban six days from today.

That means an unknown number of Americans and Afghan allies will be left in the hands of the Taliban when the last transport plane, and last Army soldier and Marine, leaves the tarmac.

On Capitol Hill, the reaction from Republicans and Democrats has been slow to build since the Taliban entered Kabul April 14, but lawmakers on both sides are now throwing a collective fit as a bloodbath appears more likely. That has become even more likely since Afghans who helped the U.S. fight the Taliban, and who may number in the thousands, are being blocked from reaching the airport gates.

Biden ‘takes orders from the Taliban’

Republicans are also expressing frustration that Biden, who is supposedly an expert on foreign policy, is making the U.S. appear weak on the international stage while lying about the wreckage he is leaving behind. In his recent speeches, Biden has claimed he is working closely with our allies, when he failed to take numerous phone calls from Prime Minister Johnson, but Biden sent the CIA director to Kabul this week to hold secret talks with the Taliban’s top leader, Mullah Baradar.

A spokesman for the Taliban, meanwhile, has said August 31 is a “red line” for the U.S. in Kabul or there will be “consequences.” 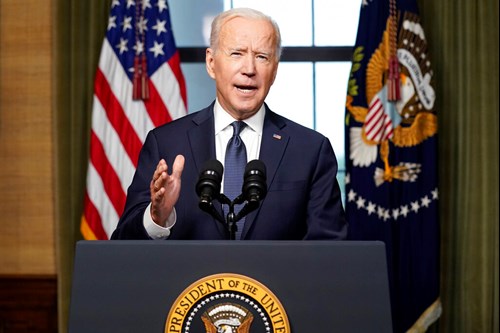 “A man who takes orders from the Taliban cannot credibly call himself the Commander-In-Chief,” GOP Rep. Lauren Boebert, a freshman firebrand, stated on Twitter.

“Joe Biden is a threat to our national security,” U.S. Sen. Marsha Blackburn (R-Tenn), summarizing the frustration of many, stated in a Twitter post late Tuesday.

U.S. Rep Ronny Jackson, a Republican congressman from Texas, angrily told reporters Tuesday that Biden is not only mishandling this international crisis, he is not “cognitively fit” to be Commander in Chief of the nation.

“That's being evidenced every single day more and more,” Jackson insisted. “We need him and we need his team to resign. We need them to let somebody else step up to the plate and lead this operation, somebody who has the will and the cognitive ability to make this happen and is competent in doing so."

Richard Kemp, a retired British army colonel and Afghan vet, told Fox News that Biden has committed the "greatest foreign policy disaster" he has ever witnessed.

"And I would go so far as to say," Kemp said, "this this is the most disastrous foreign policy event since at least the second world war for the United States of America."

American troops who fought in Afghanistan were not defeated on the battlefield, he told show host Mark Levin, but they have been "humiliated" by their own president.

Democrat: U.S. now 'in a different world' in Afghanistan

Among the Democratic Party leaders, U.S. Rep. Jason Crow, a decorated U.S. Army veteran, broke from his party Tuesday when he insisted the August 31 deadline is no longer a realistic goal and needs to be extended to evacuate Americans and our allies.

“Those conditions have changed," Rep. Crow stated at a House Democratic Caucus. "We’re in a different world now than we were in when that date was originally set." 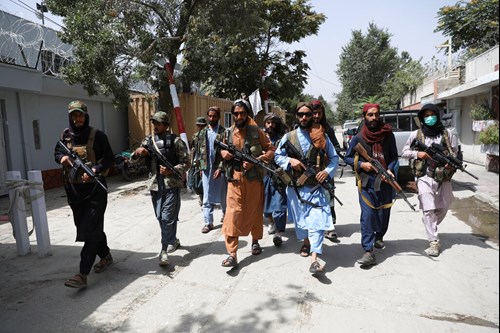 Crow, a former Ranger who served in Afghanistan and Iraq, said the U.S. government has a “moral obligation” to get Americans and Afghan partners safely out of Afghanistan.

A day earlier, in a Monday interview on MSNBC, Rep. Crow not only said the August 31 deadline should be extended but also insisted the U.S. armed forces on the ground should extend their security beyond the airport itself to the surrounding areas, too.

Also on Monday, Rep. Adam Schiff (D-CA) told reporters in a Capitol Hill press conference it is “very unlikely” the U.S. can complete its evacuation by August 31.

“I think it’s possible but I think it’s very unlikely given the number of Americans who still need to be evacuated,” Schiff predicted. “It’s hard for me to imagine that all of that can be accomplished between now and the end of the month.”

The plea to extend the deadline also comes from two House lawmakers, Rep. Seth Moulton (D-Mass)  and Rep. Peter Meijer (R-Mich), who are both Iraq War vets. The lawmakers made an unauthorized fact-finding trip this week to the Kabul airport and left with concerns for what happens over the next week.

"After talking with commanders on the ground today and seeing the situation for ourselves," the lawmakers said in a joint statement, "it is obvious that because we started the evacuation so late, no matter what we do, we won't get everyone out on time, even by 9/11."

Priority to Afghan refugees? Not only wrong but risky too, says FAIR

An immigration border enforcement organization is concerned about the national security ramifications of bringing thousands of Afghan refugees to the United States.