Subscribe
Looking back at Afghanistan: 'We should have left but we didn't'

Looking back at Afghanistan: 'We should have left but we didn't'

As the U.S. withdraws its last troops and civilians from Afghanistan, where the Pentagon recorded approximately 2,300 military deaths and 20,600 casualties, a national defense analyst says the withdrawal should have been accomplished years ago.

The ancient war-torn nation of Afghanistan is falling into the hands of the Taliban as the U.S. formally withdraws, a decision being viewed by some as a strategic failure and a lost war, but a national security analyst and longtime critic of the conflict says we should have left years ago.

On Thursday, the Taliban captured a strategic provincial capital near Kabul, the tenth city the insurgents have taken in a weeklong sweep across the country just weeks before the official end of the American military mission there. 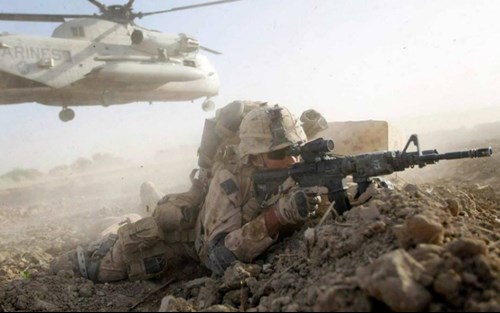 On May 2, 2011, after eluding the world's greatest superpower for a decade, bin Laden was located in a Pakistani village. He was killed by U.S. Navy SEALs in a nighttime helicopter raid ordered by then-President Barack Obama.

Despite the Pentagon's claims of an initial success in 2003, the ensuing war dragged out for two decades with differing goals and shifting strategies. What began with attacking the al-Qaeda terrorists, who enjoyed sanctuary by the Sharia-enforcing Taliban, evolved into a years-long attempt to rebuild a primitive country, led by a corrupt government, and to hold off the Taliban fighters and their guerilla war techniques.

At a cost of approximately 2,300 American deaths, and nearly a trillion dollars spent, Afghanistan is now falling to the Taliban at a rapid pace as the U.S.-trained Afghan army flees or surrenders.

“And so we find ourselves today in a situation, which is rather untenable, if in fact we want Afghanistan to be an ally,” Maginnis, a retired U.S. Army lieutenant colonel, observes. “Well, it's not going to be because it's going to be toppled by the Taliban."

Over the years, Maginnis has consistently criticized the U.S. for remaining in Afghanistan, a rugged, mountainous region whose tribal people have been at war for centuries and who famously pushed out the Soviet Union and its Red Army, in 1989, after nearly 10 years.

“Eighteen years ago, I took the position that we didn’t belong there any longer,” Maginnis recalls. “We went in after 9/11 to destroy al-Qaeda and to put the Taliban in its place. We should have left but we didn’t.”

This week, as Taliban fighters continue to gobble up territory, the Pentagon announced 3,000 U.S. Army soldiers and U.S. Marines are headed to Kabul to protect embassy staff as they leave, The Associated Press reported. About 650 troops are currently in the country now to protect U.S. diplomats.

Vaccine mandates: We’ve been down this failed road before

A Christian attorney says despite how the president and the Pentagon are treating the situation, getting a COVID shot is not a patriotic duty.