Subscribe
Biden says he warned Putin about being 'responsible' country

Biden says he warned Putin about being 'responsible' country

A national defense analyst warns cyber-attacks from foreign enemies represent a new and serious threat to the U.S., a warning that comes after President Joe Biden says he gave Russia’s president a list of America’s most critical targets that should be “off limits” to just such an attack.

After meeting Vladimir Putin in a closed-door session, President Biden told reporters he addressed the issue of cybersecurity and pressed Russia’s president to act responsibly about the issue.

“We agreed to task experts in both our countries,” Biden said, “to work on specific understandings about what is off-limits.”

Putin and the Kremlin are suspected of approving, if not directing, the ransomware attack on Colonial Pipeline in May, which crippled much of the Eastern U.S. thanks in part to a panic-buying public. That cyber-attack comes after Ukraine’s power grid was attacked in 2015 and a petrochemical plant in Saudi Arabia was attacked in 2018.

A U.S.-based cyberwarfare expert called the Ukraine attack “brilliant” because the planning and operations were “highly sophisticated,” technology website Wired.com reported in a 2016 story.

According to that story, the shadowy computer hackers worked slowly, over several months, to gain access. That began with a spear-phishing campaign that fooled IT workers at numerous electric plants in the country. Then the hackers penetrated well-built firewalls by stealing workers’ personal information.

In the Saudi cyberattack, experts traced it back to the Russian government itself and to a specific research facility that had gained access to safety devices at the plant.

“The cyber threat is a new battlefront,” Bob Maginnis, of the Family Research Council, says. “It is the nuclear weapon of this century.”

The threat is also a “pervasive” one, he adds, because government-approved crime syndicates are operating right now in China, Russia, Iran, and North Korea, all of them enemies of the U.S. with the goal of crippling us and stealing from us, he says. 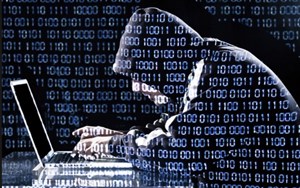 Back on the lakeside in Geneva, President Biden’s warning to Putin over cyber-attacks came across to some as an odd way to warn a U.S. foe about our country’s vulnerabilities.

“I gave them a list of, if I’m not mistaken --- I don’t have it in front of me --- 16 specific entities,” Biden told reporters. “Sixteen defined as critical infrastructure."

Regarding that list, Maginnis says Biden was not giving away secrets to his Russian counterpart since they are listed, for the public to view, on the website for the federal Cybersecurity and Infrastucture Security Agency (CISA).

"Unfortunately, CISA has basically not done anything over the years," Maginnis argues. "It uses the money that the taxpayers provide for Band-Aids – not for significant defense mechanisms that are going to protect us against the likes of what was done to Colonial Pipeline, to [major meat supplier] JBS … and so forth."

According to Politico, Biden said he warned Putin the U.S. has a “significant cyber capability” and vowed to “take action” if more attacks occur.

An immigration attorney and policy analyst expects the state of Texas will find it difficult to overcome environmental hurdles in order to construct its own border barrier with Mexico.