An immigration watchdog says it’s more clear than ever that President Biden has embraced an “open borders” policy that has abandoned Donald Trump’s “America First” policy on illegal immigration.

The Department of Homeland Security has announced it is terminating the Migrant Protection Protocols, known also as the "Remain in Mexico" program, that was implemented by the Trump administration in 2019 to reduce illegal immigrants.

Just as it states, “Remain” required migrants who sought asylum in the U.S. to wait in Mexico until their court hearing date. That requirement cut back on rampant fraud since most asylum cases that reach a judge are turned down. Many applicants use the application process to slip in and disappear into the country.

More than 60,000 asylum seekers were returned to Mexico under the new policy.

Ira Mehlman, a spokesman for the Federation for American Immigration Reform, says the reversal proves the Biden administration wants an open border.

“And they will do whatever they can not to enforce their immigration laws,” Mehlman warns, “to ensure that anybody who gets to the border can come across, that anybody who comes across will be allowed to stay.”

That is not “incompetence” by a new administration, Mehlman insists, but a plan that needs to be recognized for what it is.

Many radical Democrats view illegal immigration as a humanitarian cause to manage or even encourage, not a legal issue to enforce, and President Biden himself proudly announced he was reversing Trump's policies that were described as cruel and inhumane.

"I make no apologies for ending programs that did not exist before Trump became president that have an incredibly negative impact on the law, international law, as well as on human dignity,” Biden told reporters at his first press conference. 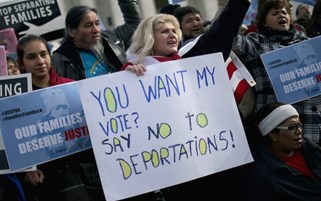 Among the Left, even the term “illegal alien” is viewed as “controversial”, and the phrase was ordered yanked from usage by federal agencies in February.

Related to the asylum policy, the Associated Press reported in a June 4 story that the Biden administration has “quietly” tasked six humanitarian groups with reviewing asylum requests and recommending who is admitted for a court hearing.

The goal is to allow up to 250 asylum seekers daily into the country.

According to the AP story, the far-left American Civil Liberties Union is reviewing applicants, too, and that process is averaging 35 applicants a day.

According to Mehlman, the open-border policy is angering even Democratic politicians along the U.S-Mexico border who are witnessing the damage firsthand.

“They have all spoken out against it. They are all telling Joe Biden that he needs to cool it,” he tells One News Now. “A lot of Democrats are running scared about the administration policies."

Gillibrand may get what she wants

A conservative military watchdog is concerned that legislation working through the Senate may alter the way sexual assault cases are handled in the military.