Defense Secretary Lloyd Austin is accusing Sen. Ted Cruz of aiding America’s enemies after he mocked a silly U.S. Army recruitment ad, but a national security analyst says the Pentagon should heed the senator’s warning about military readiness in an age of wokeness.

The recruitment ad (pictured at left), which mimics a children’s cartoon, features a female soldier praising her two lesbian mothers and criticizing her college sorority, and concluding that the Army allowed her to "prove my inner strength, and maybe shatter some stereotypes along the way."

The ad had already generated mockery from a bewildered public when the Texas senator weighed in after social media users compared that ad to a Russian military recruitment ad showing grim-faced paratroopers jumping from planes and firing rifles in simulated combat.

“Holy crap,” Cruz responded to the comparison. “Perhaps a woke, emasculated military is not the best idea.”

What really angered critics, however, was the senator’s warning that the U.S. Army ad makes America's armed forces look like “pansies” to its enemies. 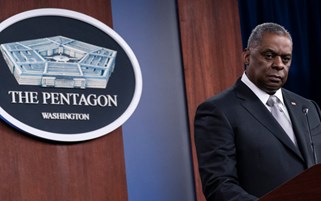 Responding to Cruz’s comment in a CNN interview, Secretary Austin (pictured at right) said Russia and China would “like to capitalize” on Cruz’s comments, which Austin described as “talking points” that aid the enemy.

Responding to the controversy, national security analyst Bob Maginnis says producing an Army ad about two lesbian moms suggests “social engineering” is a priority at the Pentagon, and that sends a dangerous message to Russia and to China about the priorities of the Biden administration.

“And we ought to be concerned about that,” he tells One News Now. “And I fully support what Ted Cruz is saying."

"We are going to be the most tolerant military in history ever to lose a war," John Noonan, an Air Force veteran and staffer to Sen. Tom Cotton, commented in a Twitter post.

It is no right-wing talking point that, in January, the new Biden administration brought back “diversity training” for troops that had been stopped by the Trump administration for its race-based, anti-white teachings.

“Diversity, inclusion and equal opportunity education and training are essential to cultivate positive values and behaviors,” reads an Air Force statement from February, “as well as an environment where inclusion and equity for all personnel is achieved."

Also during January, it was announced that “climate change” is now a national security issue in Pentagon planning for training and warfighting. By the end of the month, Biden had reversed Trump's ban on transgender troops, too.

In an ongoing controversy, Secretary Austin and the Pentagon are publicly targeting "right-wing extremists" in the ranks after the Jan. 6 riot at the U.S. Capitol, where current and former military members participated.

One News Now reported that a one-day "Stand Down" order from Austin required every military unit to sit through a Pentagon-approved lecture that asks them to report suspicious "right-wing extremism" by fellow soldiers, sailors, airmen, and Marines.

As the training was taking place over the spring, many of the left-leaning troops complained to The Military Times that others around them ignored the training or raised questions, or their leaders dismissively hurried through it.

According to The Military Times, the Pentagon is requesting nearly $31 million in its budget to build on that mandatory one-day training:

The proposal released Friday includes $30.8 million to enhance technology and manpower for training, screening, and policy updates, including a big one: “the development of a punitive regulation on extremist activities.”

According to Maginnis, that means the Left gets to define an "extremist," which means a lot of conservative Christians in uniform will be forced out for holding unapproved views. What would logically follow that, he adds, is a draft to fill the ranks after Americans refuse to serve in a "leftist" military. 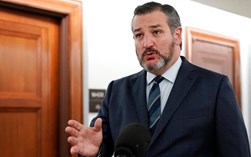 Sen. Cruz's criticism was twisted by the media to claim he was mocking the U.S. armed forces when, in reality, he said he was warning that our enemies are viewing our woke military as unprepared for a future war.

I’m enjoying lefty blue checkmarks losing their minds over this tweet, dishonestly claiming that I’m ‘attacking the military.’ Uh, no. We have the greatest military on earth, but Dem politicians & woke media are trying to turn them into pansies. The new Dem videos are terrible.

"I'm still not convinced the U.S. Army ad here is real. It just can't be," commented Noonan, the Sen. Cotton staffer. "I just can't envision someone in the Army hierarchy approving it."