Children's hospital, famed for care, being shamed for trans ideology

A pro-family group is asking if there is one physician at Boston Children’s Hospital who will denounce the well-respected pediatric hospital that is bragging about performing life-altering surgeries on mentally-confused children as if it found a cure for cancer.

Speaking for the Massachusetts Family Institute, Andrew Beckwith tells AFN it is sad and tragic to witness the well-respected children’s hospital follow the twisted ideology of “gender-affirming care,” instead of science-based medicine, because children are being permanently harmed by the former.

Boston Children’s Hospital, founded after the Civil War, is ranked among the top pediatric hospitals in the world with an innovative 415-bed facility. Among its accomplishments, doctors and researchers there have made advances in pediatric heart surgery, treatment for scoliosis, stem cell treatment, and cancer treatment. However, the pediatric hospital is catching heat from the public because it also boasts it is “home to the first pediatric and adolescent transgender health program in the United States.” 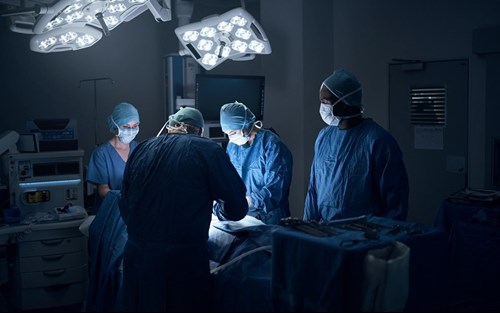 That program at BCH is known as "Gender Multispecialty Service" according to the hospital's website, which says it was founded in 2007.

Among its supposed accomplishments, BCH is boasting its surgeons are making fake penises and fake vaginas for mentally-confused teens and young adults. In a now-viral video, an OB/GYN happily explains in a half-minute ad the hospital performs “gender-affirming hysterectomies” on teen girls who want to live as a teen boy.

“They believe they know what is best and yet they've just been taken over by this ideology,” Beckwith tells AFN. “And it's tragic that no one at the hospital is willing to stand up to the gender clinic there and put a stop to this.”

Libs of TikTok, which exposed the BCH-produced ad featuring Dr. Frances Grimstad, got suspended by Facebook this week after the hospital blamed the social media account for a jump in harassing phone calls and emails.

The hospital claims the body-altering surgeries are performed only on teens ages 18-plus but other Internet sleuths have pointed out a YouTube page produced and overseen by BCH describes surgeries on teens much younger, such as “top surgery” on 15-year-olds. That YouTube page has reportedly been taken down.

The GMS web page, linked above, states Boston Children's Hospital has "expanded our program to welcome patients from ages 3 to 25."

According to a CNN article, which was published this week to defend BCH from public harassment and threats, the hospital offers “gender-affirming care” to young children but only “consenting adults” undergo surgery there.

In the article, without citing a source, CNN defines “gender-affirming care” as “medically necessary, evidence-based care” that helps a person “transition from their assigned gender” to the gender “by which they want to be known.”

According to the Medical News Today website, “sex” and “gender” are not interchangeable terms since “sex” means physical characteristics and “gender” is how a person identifies.

What the CNN article means by “assigned gender” is unclear, however, since the sex chromosomes in the human cell determine whether a person is male or female. It appears pediatric surgery is blending with pediatric psychology at BCH since the GMS web page states its patients undergo "comprehensive psychological and medical assessments."

So a children’s hospital, rated by some the best in the world, is literally mutilating children to alter their physical appearance because of mental issues.

“It's unconscionable. It's anti-science in the true sense,” Beckwith says. “Yet I'm sure most - if not all - doctors who are there, and a lot of good doctors in the hospital at large, are terrified to say anything.”

'It's time to move forward,' away from mask mandates

Medical professionals are offering a second opinion amid the renewed push for face coverings.