A medical doctor says it doesn't make sense that tennis star Novak Djokovic may not be able to travel to the United States and play at the U.S. Open, which kicks off next week. The issue right now involves Djokovic's vaccination status.

At press time, it appears the Serbian tennis star (pictured above) will be blocked from competing in the U.S. Open because of the U.S. government's COVID-19 vaccine requirements for foreign travelers. The U.S. Tennis Association has stated it would adhere to the federal regulations. But an online petition hopes to change minds, arguing that if unvaccinated American players can play, the feds and the USTA must work together to allow Djokovic to play. 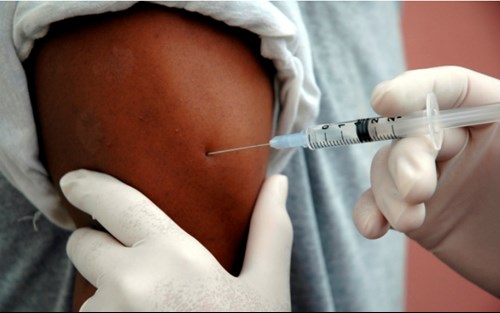 Talking about this earlier today on "Fox & Friends" Dr. Nicole Saphier explained that because Djokovic had COVID at the end of last year, his immunity is "probably stronger" than the majority of people who got COVID shots in early 2021.

"The fact that he's a 35-year-old, healthy male, having that COVID infection has already decreased his already nominal risk of COVID just a little bit more," she argued. "At this point, the CDC thankfully updated their recommendations – they are no longer going to delineate between vaccinated and unvaccinated. They are finally acknowledging natural immunity provides some protection and … that people who are vaccinated and boosted [are] getting breakthrough infections.

"These vaccines and boosters do not have the ability to prevent infection and prevent transmission long-term. Any protection they have only lasts a few weeks," she added.

Saphier argues that vaccine mandates are culture-driven and not data-driven.

"The United States … remains in the global minority when it comes to these global entry requirements of having to show proof of vaccination to enter the country," she stated. "Up until June, you had to show proof of vaccination and a negative test to come into the United States. In June, they got away from that test [and] said you still just have to show that you're vaccinated."

That is "a little ironic," she observes. "You can be actively infected, have COVID, spread it to other people – but as long as you show proof of vaccination, come on right in. That doesn't make sense," Saphier said.

It was all about control: Brase

Indeed, the CDC last week dropped its recommendation that people practice social distancing and quarantine themselves if they come into close contact with someone who has COVID-19. AFN sought comment from Twila Brase, founder of Citizens' Council for Health Freedom, who admits she is glad to see the restrictions lifted – but the damage has been done, she says.

"You only need to look at what Deborah Birx writes in her book to show that they never had any evidence for doing anything that they mandated that everyone should do," Brase suggests. "So, now they are trying to say they are doing a good thing by following science and changing the guidance and dropping the mandates."

But according to the CCHF founder, the government was never following science in the first place. "They never had any data to show that anything that they were trying to mandate across the entire country was going to work – and in the meantime, they hurt businesses, they shuttered businesses, they hurt families, they hurt children."

The changes are driven by a recognition that an estimated 95% of Americans 16 and older have acquired some level of immunity, either from getting COVID shots or from having had COVID. Brase finds that "interesting" that the CDC now is saying the unvaccinated should be treated just like the vaccinated.

"This is an acknowledgement of how the injection doesn't work and how natural immunity does, and how there is really no difference between the so-called 'vaccinated' and the unvaccinated," she concludes.

"Both [of those groups] are getting COVID and both have been hospitalized. And so, all of this was done for two-and-a-half years: harming people for naught, for no reason whatsoever – except that somebody wanted to take control."

Exclusive series: The deceptions behind the injections (Part 3)

Did the federal government violate the rights of Americans – civilian and military alike – by mandating they take COVID-19 experimental "vaccines"? A researcher says by its own actions almost 50 years ago, Congress declared that an individual may not be administered an experimental drug under "sanctions," "coercion," or "undue influence."