Monkeypox vaccine called a fool-me-twice danger to the body

Monkeypox was declared a national health emergency last week which means, among other things, an expedited rollout of a newly created vaccine that is being criticized for its dangerous side effects.

The COVID-19 pandemic is winding down but just in time for the November midterm elections – as some had predicted – and now a new health crisis has emerged: Monkeypox was declared a national health emergency last week. 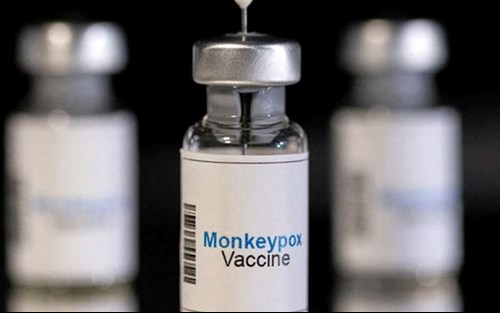 AFN reported last week that monkeypox is being spread through homosexual men having sex with each other – 98% of cases so far – but that sickening fact is being ignored and the entire public is being warned everyone is at risk of the terrible disease.

“We're prepared to take our response to the next level in addressing this virus,” Robert J. Fenton, the White House National Monkeypox Response coordinator said, “and we urge every American to take monkeypox seriously and to take responsibility to help us tackle this virus."

As chance would have it, the bio-tech company Bavarian Nordic had just developed a vaccine for the exceedingly rare monkeypox virus in 2019 and FDA approved it last year.

Dr. Jane Orient of the Association of American Physicians and Surgeons says it's called Jynneos, which is supposed to fight smallpox and monkeypox, which are related.

“We have no idea how well it works,” Orient tells AFN, “because there hasn't been enough monkeypox around to test it and there's no smallpox.”

After being reassured the COVID-19 shot is safe, the public now knows the shocking number of documented health problems related to it, such as heart problems, blood clots, and strokes. Dr. Orient says what is really sad is the number of young adults who have fallen ill, or even died, from what is now commonly referred to as “The Jab.”

Well, she says, Jynneos is even more dangerous: 1 in 5 people suffer from cardiac damage and 1 in 100 develop myocarditis.

Just as COVID-19 was exploited, Dr. Orient predicts there will be an attempt to use monkeypox as a “terror weapon” to scare the public and to divide us.

On Thursday, the Biden administration declared monkeypox a public health emergency, urging Americans to take seriously what it calls an "outbreak" that has infected more than 6,600 U.S. citizens. Some, however, argue that doesn't constitute an "emergency."