Texas is fighting the Biden administration over new rules regarding transgender children, and a faith-based medical group is warning science is not on the side of doctors and Big Pharma, either.

Recently, Texas Attorney General Ken Paxton called it child abuse to give children body-altering drugs and life-altering surgery, and Governor Greg Abbott mirrored that objection when he directed state agencies to investigate incidents in which parents are subjecting their children to it. Reacting to that plan, the Biden administration has threatened to pull federal funds from caregivers if they follow through on the governor’s orders.

Jonathan Covey of Texas Values tells AFN the state’s leaders are on the right side of this issue. 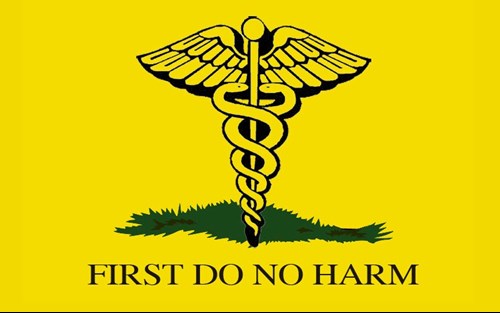 “There have been no clinical trials on the use of puberty blockers, or cross-sex hormones, or other transgender procedures in minors with gender dysphoria,” he says. “Even the FDA has never approved medical treatments for those conditions.”

Barrows and CMA are watching major medical associations and Big Pharma pushing for children to take hormones and puberty-blockers to help them become transgendered.

And why would such influential groups push so hard? Money, of course.

Even small drug manufacturers like AbbVie make hundreds of millions of dollars a year on puberty blockers and other so-called "gender affirming" drugs.

Back in Texas, Covey predicts health care providers will ignore the federal government’s threats because of the blatant ideological and political behind them.

“For example, Texas Children's Hospital announced over the weekend,” he says, “that they're stopping these mutilation procedures for transgender individuals due to Governor Abbott's order.”

An organization that believes every person has inherent value does not expect lawmakers in Washington state to give up on expanding doctor-assisted suicide.