Pro-vaccine pediatrician supports parents who say 'No' to COVID jab

The push continues by some to force children as young as five years old to get a COVID-19 shot but a pediatrician insists parents should have the final say for a virus that has left most children with mild cases two years into the pandemic.

To suggest jabbing children is controversial is an understatement. American Family News reported in a Nov. 29 story that thousands of California parents are fighting a push in their state that would force children to get the controversial vaccine in order to attend school, either in a private or public classroom setting.

"Parents should have the right to direct medical care for their children," says Dr. Scott Field, a spokesman for the American College of Pediatricians who sees young patients at his clinic in Huntsville, Alabama.

Across the country, many parents who are concerned about the virus are taking their children to a doctor's office for a COVID shot now that the CDC approved a juvenile jab for children ages 5-11 who were excluded from the higher dose. The new shot for younger children is 10 micrograms, one-third of the adult version. 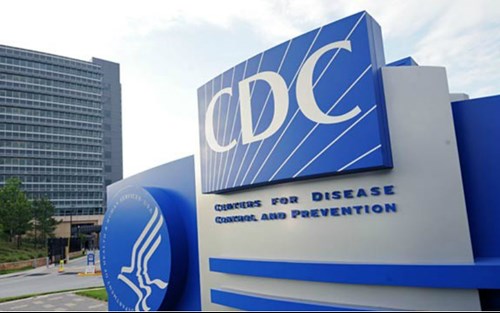 According to the CDC’s website for pediatric data, which can be viewed here, the federal agency admits fewer cases of COVID-19 have been reported in children than adults. There have been fewer cases of hospitalizations, too, the website reports.

Citing those same CDC numbers, an NBC News story from September reported the U.S. hit a record number of juvenile cases and deaths, which is likely linked to the return of in-person schooling. Despite the alarming topic of record cases, that story goes on to state that children 12 and under made up less than 1% of all COVID deaths since January 2020.

A total of 41 pandemic-related deaths were reported across the country at the peak of the virus two months ago, the NBC News story also said.

According to Dr. Field, citing those CDC statistics, the highly-contagious Delta variant that spread across the U.S. this year left most children with mild symptoms. He says the American College of Pediatricians supports vaccine requirements for students to attend school but the ACP has concerns about the hurriedly-developed COVID-19 vaccine, especially when it is injected in the bodies of children.

Mirroring the view of the ACP, the website for Field Pediatrics tells parents the clinic is pro-vaccine. Immunizations have reduced the danger of infectious diseases going back 70 years, parents are told, and immunizing young children not only protects them but protects other patients, too, from a disease that can be prevented by a vaccine.

The view of ACP, the pediatrician concludes, is that the COVID-19 vaccine has not been studied “long enough” and “well enough” to be injected into children who are at low risk of serious illness.

In left-leaning California, parents push back on Newsom jab mandate

California parents of all political stripes are banding together to fight their state governor and his illegal edict that is forcing millions of schoolchildren to roll up a sleeve for the COVID-19 shot over their parents’ objections.