A volunteer servicemember receives an early dose of the Pfizer COVID-19 vaccine Dec. 15, 2020 at Camp Pendleton, California. The number of unvaccinated servicemembers is shrinking after an August order from Defense Secretary Lloyd Austin to get the shot or face punishment.

The military order forcing U.S. servicemembers to line up for the COVID-19 vaccine or face punishment is being viewed by some as yet another eye-rolling order from above but others worry the Pentagon is using it to cull the most strong-willed, independent-minded personnel from its ranks.

Secretary of Defense Lloyd Austin signed the order in late August ordering all two million servicemembers to get the Pfizer double dose.

And most have complied. About two-thirds of active-duty servicemembers had already received at least one dose at the time, The Military Times reported approximately a month ago, with the Navy leading other branches with 73% fully vaccinated. The least-vaccinated branch at the time was the Army at 40%.

Meanwhile, the mortality rate among servicemembers is nearing 50 deaths during the pandemic, or .02% of the U.S. armed forces, the Times has reported.

Those vaccination rates were expected to jump dramatically after Austin’s order, since the mandatory shot comes with a warning of severe punishment for failing to do so, and the Times reported in a Sept. 20 story the Navy was reporting 90% compliance. 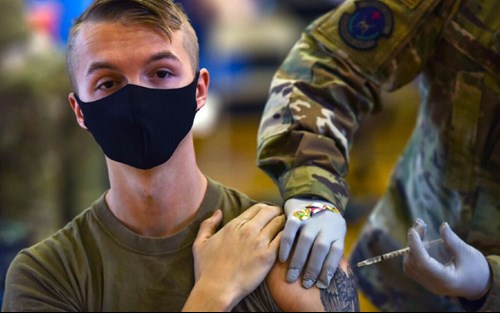 Yet not everybody is complying. American Family News reported this week that an attorney, R. Davis Younts, says he is representing numerous Navy SEALS who are refusing The Jab and are seeking a religious exemption from the Pentagon.

“My clients are Christian men. They're men of faith,” Younts, a former JAG officer, told Fox News. “Their faith informs every decision that they make, and really what they need is more time."

Younts said in a separate interview that his clients have learned military chaplains have been instructed to bring up politics in one-on-one conversations about their religious objections to the vaccine.

Younts made that allegation in an online interview with a Christian ministry, Apologia Studios.

Richard Mast, senior litigation counsel at Liberty Counsel, tells American Family News the Pentagon’s order is about cornering ideological opponents and purging them from the ranks.

“As the secular Left, if you can fire your ideological opponents on this issue of a shot and thereby deprive them of a job,” Mast warns, “deprive them of resources, deprive them of the ability to influence policy from inside the government, with military, what about that would you reject? That would be something that you would embrace.”

That stark view of what is happening is shared by Jesse Kelly, a Texas-based radio show host. A former U.S. Marine, he has used his radio show and social media to warn that Cultural Marxists who now dominate academia, politics, and the media are now attempting that takeover in the U.S. armed forces. But they face opposition from patriotic, Constitution-defending patriots who stand in their way.

“The vaccine mandate for the military is one of the more brilliant moves I’ve seen the American communists make,” Kelly observed in a Sept. 20 tweet. “They need to purge the military of their enemies because they need more of a monopoly on force. And it's an ideological purge of your opposition under the excuse of public health."

During the earliest weeks of the pandemic, when U.S. fatalities were projected in the millions, Kelly was warning frightened Americans we were shutting down our businesses and barricading ourselves at home out of unfounded fear. Those in power who want to control our freedom, he said, were pleased at the overwhelming compliance and lack of pushback.

Mirroring that warning from 1  1/2 years ago, Mast tells American Family News that public health is the one issue that a majority of Americans bought into that allowed the destruction of liberty.

“And so we have to push back. We have to fight hard. Liberty Counsel has filed suits on this issue. We'll file more,” Mast concludes. “And each person has to choose whether this is the time that they need to stand because if we don't succeed, we will not have liberty like we knew it growing up. Our children will not grow up in an America that is recognizable. "

The folly of ignoring facts

With the ongoing debate as to whether everyone should get the COVID shots, a surgeon says ignoring natural immunity is "ruining lives."