Follow trail of money and deceit to faith-hating LGBT group

Newsroom editors and reporters have been relying on Religion News Service for faith-based news stories for generations but a lone watchdog for the evangelical movement says the well-known news service has been outed for its link to homosexual activism.

“Follow the money” is often the No. 1 rule number when digging into allegations of a scandal or a crime or, in the case of RNS, biased news language.

According to talk show host Janet Mefferd, what tipped her off was the phrase “anti-trans” that appeared in an Christianity Today article about The Babylon Bee, the satirical website. That story came from Religion News Service, the nonprofit news service that traces its roots back to the 1930s.

“When you look at the money trail on funding, when it comes to Religion New Service,” she explains, “I've been around long enough, and watching RNS long enough, to see the trajectory of pro-LGBT stories that have grown over the years.” 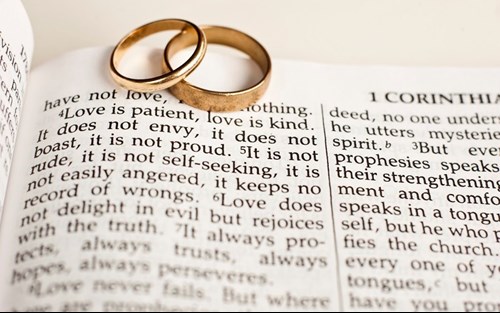 It turns out the source of some funding for Religion News Service came from Arcus Foundation. That group is a wealthy, international non-profit whose stated mission is to spread grant money around to advocate for homosexual rights. Its motto is to “push boundaries” and to “make change,” including in national media that is already a reliable enemy of orthodox Christianity and an ally for LGBT views.

Way back in 2015, the Catholic News Agency tied Religion News Service and Arcus together after an RNS article ripped Raymond Burke, a prominent Catholic cardinal. Burke had angered left-wing Catholics for his views on homosexuals in a Q-and-A he did with LifeSiteNews. Even if a same-sex couple is in a committed relationship, Burke said in the interview, they must be spiritually converted from those “gravely sinful situations." To suggest otherwise, he said, goes against Catholic Church teachings.

According to the Catholic News Agency story, now published eight years ago, Religion News Service had submitted a grant application to Arcus even though the non-profit’s website states it opposes “religious opponents of LGBT people.”

The group, which is predictably led by homosexuals and lesbians on its board of directors, even states its mission is to “foster a culture of LGBT understanding through the media.”

In that 2015 article, now-former Religion News Service editor-in-chief Kevin Eckstrom insisted the news outlet was remaining independent despite the grant funding it received. He also said he was “completely unaware” one of its news reporters, Jay Michaelson, was former vice president of social justice at Arcus.

No longer the editor there, Eckstrom is now the chief communications officer at the far-left Washington National Cathedral, where its website says he lives in Washington, D.C. “with his husband and twin sons.”

The lesson to learn, Mefferd tells AFN, is for Christians to understand their biblical, orthodox views are despised by the other side even in a supposedly Christian news outlet.

“It is so important for you to understand the real,” she warns, “in order to identify and discern the counterfeit. There's no doubt about it."

The discovery process in a federal lawsuit has unveiled how Facebook was shamed and bullied by the Biden administration to censor a Fox News segment about the COVID-19 vaccine, even though the segment about the controversial Johnson & Johnson shot was based in truth and supported by facts.