At the same time Salem talk show hosts are taking their shows on the road to key battleground states, the left-wing legacy media is warning the public to be wary of misinformation coming from the right-wing microphones.

Dennis Prager, Hugh Hewitt, Dr. Sebastian Gorka, and Eric Metaxas are among the radio hosts who are taking their shows to Florida, Georgia, Pennsylvania, Ohio, and Arizona. 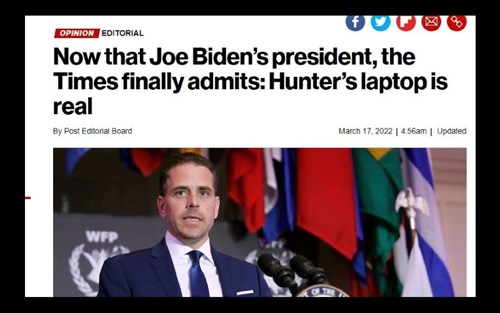 At the same time that brief tour kicked off this week, with stops in Florida, The New York Times attacked Salem in a hit piece that described the “rise of Salem Media,” which is not meant as a compliment. The radio network was described as a dangerous den of conspiracy theories and misinformation.

He points out the very same newspaper that calls claims of election fraud “the big lie” buried the Hunter Biden laptop story, and the identity of the "Big Guy," in 2020. It finally admitted the supposed "right-wing conspiracy" was genuine earlier this year.

“They need to have a mirror put in front of them,” Bradley says of the Times newsroom.

MRC routinely reports on the biased newsroom at the venerable Times, where just this week the liberal newspaper whined American voters are more concerned about inflation and grocery prices than abortion.

As the “Talkers Tour” winds down, Salem’s talk show hosts are set to visit Cleveland, Ohio, today and wrap up with a visit to Phoenix on October 23.

Conservatives continue to be uncancelable

Big Social seems to be continuing to split up – with conservatives and free speech on one side and liberals and censorship on the other.