Subscribe
Times wants to understand why you want to harm democracy

Times wants to understand why you want to harm democracy

After taking a well-deserved beating over the years for its left-wing bias and Democrat cheerleading, The New York Times has created a new beat: Watching and reporting on its right-wing competitors with “empathy and understanding.”

According to an announcement by the Times, it has added former Buzzfeed investigative reporter Ken Bensinger to its newsroom. His job began Monday as part of the newspaper’s “democracy team” that reports on politics.

Reacting to the news, Curtis Houck of Media Research Center says the Times was already tipping its hand in that announcement before Bensinger sat down at his desk.

“They're talking about it being part of their ‘democracy team,’ which would lead to the implication,” Houck says, “that they're suggesting right-wing media, or alternative media in general, is somehow part of a dangerous threat to democracy.”

That pearl-clutching point of view goes back to 2016 and the election of Donald Trump. Back then, Hillary Clinton was expected to continue Barack Obama’s eight years but was soundly defeated by a first-time candidate whose own presidential campaign was mocked for its lack of campaign funding and for an outnumbered and disorderly “ground game” in all 50 states. 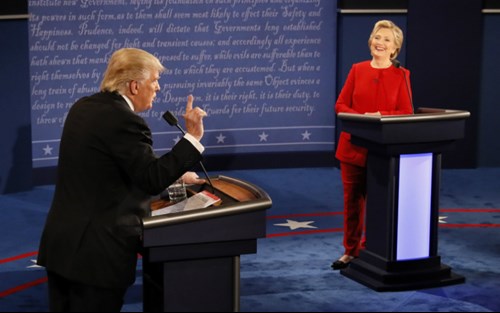 Back at the Times, after Trump’s stunning win and Clinton’s humiliating loss, the newspaper’s supposed conservative columnist, David Brooks, blamed Trump’s win on Republicans. They didn't stop him during the primaries and thus gave away what Brooks called the party’s “sacred inheritance.” Instead of understanding how Trump’s populist “America First” campaign tapped into angry and frustrated voters, Brooks called him a “morally untethered, spiritually vacuous man who appears haunted by multiple personality disorders.”

In a similar theme, the Times announced Bensinger will be observing and writing about people who “reject mainstream narratives and question the institutions that hold up our democracy." It’s not clear what “mainstream narratives” the Times was referring to, since the Far Left openly dreams of a future without Fox News, or what “institutions” ensure American democracy survives, since the Times itself ran off Jewish opinion editor Bari Weiss in 2020 for her unwelcomed views in the newsroom.

"All the news that's fit to print," which dates back to 1897, is the motto of The New York Times.

Another telling sentence in the Times’ announcement is the suggestion that Bensinger’s new assignment requires a “healthy measure of patience, empathy and understanding,” as if the Times is sending him into death row to understand why men murder.

According to Houck, it sounds as if the Times is sending Bensinger to a zoo to observe and report back on all the interesting and peculiar animals he finds there.

“That's such a tiresome language,” Houck says, “and it's insulting to the people on the Right and the refusal to see them as people.”

Brian Stelter is out at CNN after loyally toting water for Democrats on his weekend show, and a media watchdog predicts more names could be shown the door in an effort to improve the cable news network.