Thanks to cell phones and social media, the world is getting near-instant news from Ukraine such as a Twitter post from reporter Illia Ponomarenko announcing the death of a Ukraine fighter pilot.

The world is getting a graphic and unprecedented view of the war in Ukraine, some of it raw and unedited and some of it wartime propaganda, but virtually all of it is being done by a person holding a phone and uploading scenes of war to social media.

The New York Times could very well win a Pulitzer for the sickening and sad photo (caution: graphic image) of a Ukrainian family of four lying dead in a street, reportedly from a Russian-fired mortar round in the city of Irpin. 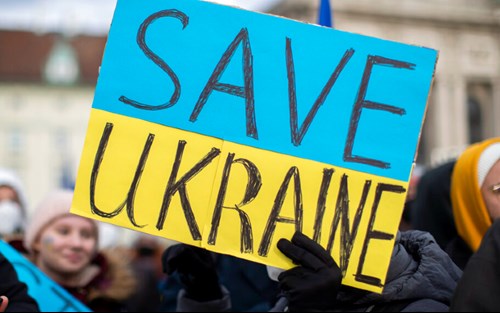 That gut-twisting photo, taken by Times photographer Lynsey Addario, is competing for eyes and website clicks with numerous other journalists in Ukraine, such as Kyiv Independent Newspaper reporter Illia Ponomarenko. On his Twitter account, which is approaching one million followers, the Putin-hating reporter is photographing demolished tanks and downed aircraft; writing about foreign fighters helping Ukraine; and reporting on Russia’s bombardment and delayed encirclement of the capital city.

“Russian advancement in Kyiv, in their attempts to encircle Kyiv, has stalled,” he told Fox News this week. “As far as we can see, the giant forces that are being concentrated here are definitely suffering from troubles in terms of logistics and fuel supplies.” 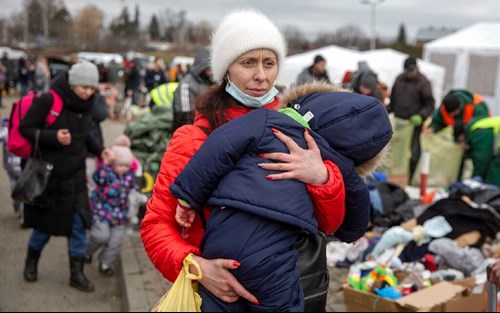 There are numerous unnamed sources on the front lines, too: Ukrainian soldiers are filmed attacking Russian tanks and a drone operator filmed Russian troops ambush Ukrainian armor in Kherson.

Reacting to Ukraine’s war footage, Dan Gainor of Media Research Center says the war is being filmed and documented like no other.

“It's a very video-accessible, social media-accessible war,” he tells AFN, “that we can kind of participate in voyeuristically with no real risk -- as long as our country stays out of fighting.”

Gainor’s warning about the U.S. being drawn into the war is a stark one and a realistic one, too, given that Ukraine’s president Volodmyr Zelensky (pictured below) is still demanding a “no-fly zone” over Ukraine that critics warn would involve NATO fighter shooting down Russian jets to enforce it. And that would set off World War III.

Gainor himself warned about that danger in his own Twitter post about the issue, but the steady stream of photos and videos coming from Ukraine depicting Ukrainian bravery and Russian war crimes could turn public opinion and convince NATO to get involved. 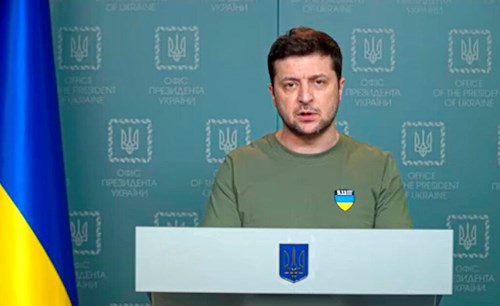 One early example in the war is the Ukrainian soldiers on Snake Island, who cursed their Russian attackers rather than surrender, justifiably making them heroes for their sacrifice when the Russian naval ship opened fire. It was learned days later they were alive and had been taken prisoner. 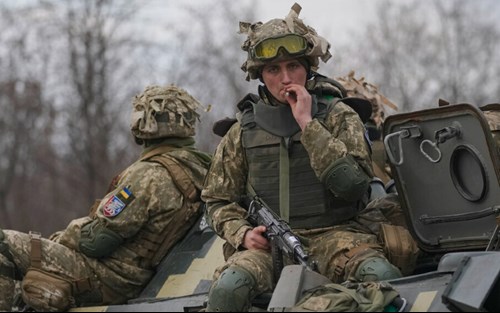 Meanwhile, President Zelensky, who refused a U.S. offer to get flown to safety, is using social media to rally his military, encourage his citizens, and taunt his Russian attackers. Ukraine's military used social media to report a group of Chechen fighters sent there to find and kill Zelensky had been ambushed and killed instead. That claim was backed by a Chechen military commander who announced the deaths on social media, too.

"We will not give up and will not lose. We will fight till the end, at sea, in the air," Zelensky, echoing Winston Churchill's rousing World War II speech, told Britain's parliament this week via video. "We will continue fighting for our land whatever the cost. We will fight in the forests, in the fields, on the shores, in the streets."

American media on truckers' protest: 'There's nothing here … move along'

The prime minister of Canada cracked down hard on freedom truckers and their supporters over the past few weeks. It normally would have been a big story – but the American mainstream news networks virtually ignored it.