In privacy of living room, Dems tuning in to Tucker

Self-identified Democrats keep doing something considered sinful and unforgiveable among their like-minded brethren: They are abandoning left-wing news outlets to see what Fox News is reporting.

According to Neilson, which follows and publishes TV ratings, 39% of viewers identifying as Democrat are watching Fox. That number is 38% at MSNBC, the reliably liberal network affiliated with NBC News. The number at bottom-ranked CNN is 24%.

Responding to those figures, Curtis Houck of Media Research Center says one likely reason is Democrats are “hate watching” the right-leaning news programs at Fox to complain about the coverage itself.

“But for a lot of them, they're just curious,” he tells AFN. “They're being good Americans and getting a balanced media diet.”

The trend of left-leaning TV viewers choosing Fox News is not a new one. Last fall, in a Nov. 4 story about the Nielsen numbers, The Hill reported more Democrats were watching Fox News than CNN during evening programming. That time slot is known as primetime viewing, which is watched closely by the executives and their advertisers. 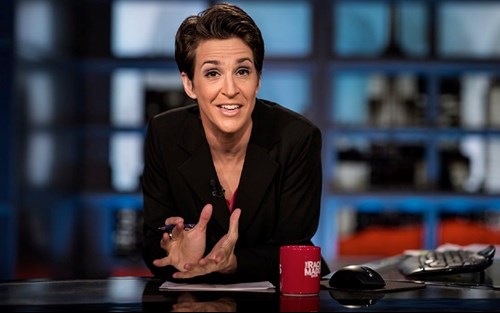 At the time, the cable news outlets were busily covering elections across the country, The Hill pointed out, and Fox News drew 2.8 million viewers on election night compared to 800,000 at MSNBC and 716,000 at CNN.

In the newer Nielsen numbers, among the key 25-to-54 age demographic, the most popular cable news show among Democrat viewers is “Tucker Carlson Tonight." That show features the bow-tied conservative whose show is also the most-watched program of all cable news programs on Fox News, MSNBC, and CNN. Carlson's show easily stands out from left-wing programs but it also stands out from the Fox News lineup, too, since Carlson routinely delivers an ominous, this-is-troubling-to-report monologue to his audience.

In recent weeks, the Left has accused Carlson of being a "Putin puppet" and a "Russian agent" for his coverage and opinions about a looming war in Ukraine, but the attempts to bully his show sponsors, and get him bounced from the Fox News lineup, goes back months when the primetime audience kept growing.

In other recent Nielsen ratings, Fox News show “The Five” came in second and tied with Rachel Maddow’s show on MSNBC.

In all, Fox News currently has three of the top five shows watched by Democrats.

These “closeted” Fox News viewers are only confiding in a pollster, Houck says, “because if they told confidants or other people, or just tweeted it, but they watched Fox News occasionally, they would be ostracized.”

Alternative media seems to be the strongest voice for truth on moral issues, especially when it comes to the issue of homosexuality.