When a left-wing activist becomes a right-wing talking point

Black Lives Matter activist Quintez Brown (right), who is charged with attempting to murder a mayoral candidate, is pictured in a 2018 interview on MSNBC at an anti-gun rally in Washington, D.C.

It’s not news to many Americans the biggest and most-prominent news sources don’t just lean left but they follow left-wing tenets like a religion, and now an alleged assassination attempt by a Black Lives Matter activist is providing an excellent example of twisted facts, dangerous claims, and terrible journalism.

On Monday, a prominent Black Lives Matter activist named Quintez Brown (pictured above) was arrested and charged with attempted murder after a mayoral candidate named Craig Greenberg escaped an assassination attempt on his life. Greenberg, a Jewish mayoral candidate in Louisville, Kentucky, was working in his campaign headquarters when Brown entered and opened fire with a Glock handgun. Greenberg escaped with a grazed bullet and nobody else in the office was hurt.

After the shooting, in a lengthy editorial, The Las Vegas Sun newspaper amazingly blamed the “terrifying incident” on conservatives and Republicans. In the 800-word screed, the newspaper pivoted to a New York Times story that pinned thousands of documented threats against lawmakers on Republican lawmakers, angry conservative voters, and Donald Trump.

There is just one huge problem with the Sun’s editorial: the newspaper willingly ignored the fact the shooting suspect enjoyed fawning media coverage as a left-wing activist who marched for Black Lives Matter and supported “gun reform,” too.

“Maybe we won’t get gun reform the next day but non-violent direct action takes time,” Brown, seated for a live interview, told MSNBC at a 2018 anti-gun march in Washington, D.C.

Dan Gainor of Media Research Center says what the Sun did is “amazingly despicable” in journalism.

“I mean, literally, some human being should lose their job over this,” he says. “And no human being will.”

That is because, Gainor says, the approved left-wing narrative is right-wingers are dangerous to society, which shields the Sun from scrutiny among fellow left-wing journalists.

In the year 2022, however, the aging daily newspapers that have enjoyed more freedom to twist facts are competing in a new arena, which is why social media jumped on the Sun like Greenberg’s staff jumped on the man trying to kill them. It appears Tom Bevan, president of the popular RealClearPolitics website, was among the first to notice the Sun’s editorial. 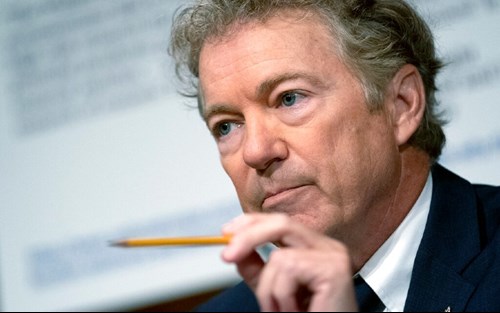 “Holy [expletive], Las Vegan Sun,” Bevan wrote on Twitter. “This editorial was written after the alleged shooter, Quintez Brown, was identified as a left-wing BLM activist.”

The editorial, which goes on for 800 words, even states Brown’s political affiliation was not known but then continues for another 700 words blaming Republicans for the heated threats made against lawmakers.

In the eyes of the Left, however, all threats at not equal. Back in 2019, The Washington Examiner reported how the Left was gleefully mocking Sen. Rand Paul, and praising his attacker, when it was learned the senator was undergoing surgery to remove a part of his lung because of the assault by a left-wing neighbor. 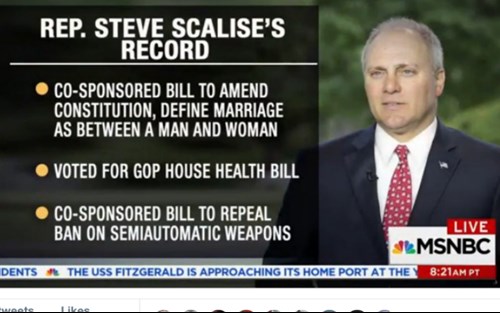 It has also not gone unnoticed that Brown once appeared on the MSBNC with show host Joy Reid. She famously told viewers about the “racist” views of Sen. Steve Scalise at the very moment he was recovering in a hospital bed from an assassin’s bullet in his stomach.

Later this week, after Brown’s arrest, social media was also paying attention when a BLM group, Black Lives Matter Louisville, brought a $100,000 check to the Hall of Justice to post Brown’s bail from an attempted murder charge.

“How many people have been contacted by a reporter to find out why they donated to Quintez Brown’s bail fund?” asked writer Jim Treacher, referring to the GiveSendGo hack of “Freedom Convoy” supporters.

Drew Hernandez, a journalist and podcaster, summed up the view of many in a Tweet:

Media ignored Durham bombshell and then the gymnastics began

What's it like if a bomb goes off in a newsroom, like a tree falling in the woods, but Trump-hating reporters never hear it? A media watchdog watched that happen in recent days when a story broke tying Hillary Clinton and a powerful law firm to computer spying and lying to the FBI.