Virginia made history Tuesday by choosing the first-ever black, female statewide official, but the public witnessed the Left flail away in a despicable meltdown as if white-robed Klansmen lined up in Norfolk and Virginia Beach to vote for a black Republican candidate.

After defeating Democrat Hala Ayala, Winsome Sears delivered an inspiring speech that urged Virginians to ignore those attempting to divide people by the color of their skin.

“They would like us to believe that we are back in 1963 when my father came,” she told supporters. “We can live where we want. We can eat where we want. We own the water fountains. In case you haven't noticed, I am black and I have been black all my life.” 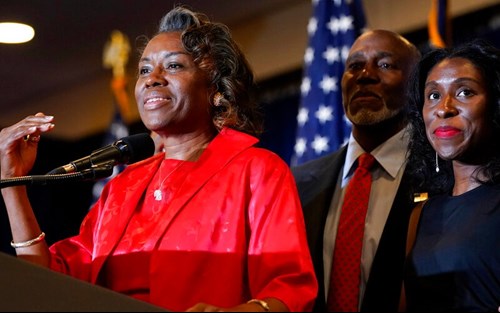 That late-night victory speech (pictured at right) was carried live on Fox News but left-wing cable networks CNN and MSNBC ignored Sears as if she didn’t exist during their election night coverage.

“The liberal media really only like celebrating minority candidates if they are advancing a liberal progressive agenda,” he says. “Anything else destroys their narrative.”

MRC, which has documented left-wing bias going back decades, happily collected more evidence at MSNBC as the night wore on, where the outraged panel blamed racist suburbanite Virginians and vilified Glenn Youngkin, the white governor-elect.

“[T]he only reason that we're talking about critical race theory,” said MSNBC pundit Jason Johnson, “is because Glenn Youngkin had 18 months to convince people that he was not a fire-breathing, horns-out-of-his-skull racist.” 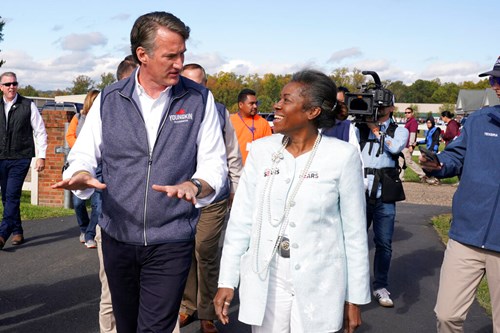 “I think that the real ominous thing is that critical race theory, which isn't real, turned the suburbs 15 points to the Trump insurrection-endorsed Republican,” Nicolle Wallace complained to her co-hosts.

In reality, back in the real world, Virginia and its public schools have made national news for more than a year after parents revolted against anti-white school lessons that accuse their children of holding back minorities by their “white privilege” and closeted racism. Youngkin denounced that teaching. Exit polling suggested he benefitted from parents who knew his stance and who also witnessed Terry McAuliffe deny it was taught in the state’s public schools despite their own knowledge of lessons about "equity," "white privilege," and "systemic racism."

Over the weekend, just two days before Election Day, Fox News pointed out the Virginia Dept. of Education itself has numerous references to “Critical Race Theory” on its own website.

In the closing hours of the gubernatorial campaign, McAuliffe suggested Virginia has too many white teachers, which. That likely came as a shock to the liberal white teachers who willingly sat through mandatory “equity” training that was then passed on to their white students.

Even for MSNBC standards, Dickens says it was quite something to watch the liberal network blame racism and white supremacy for Glenn Youngkin’s win over McAuliffe. 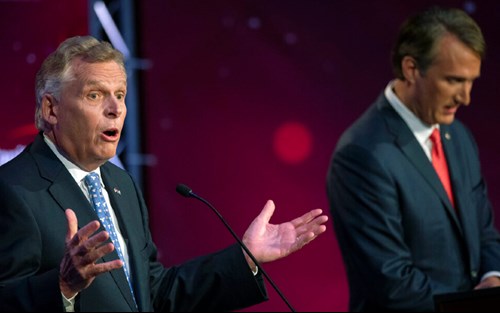 “And also, by the way, voted for the first black lieutenant governor and the first Hispanic attorney general of Virginia,” he points out. “So are they racist or are they not?”

Virginia’s lieutenant governor-elect has a movie-inspiring story. She is a second-generation American and Marine Corps veteran whose father came to the U.S. from Jamaica broke and poor, a family story that can be told by tens of millions who trace their ancestry to hard times and big dreams.

According to MSNBC, however, she is an enemy and a traitor to minorities.

“There is a black mouth moving,” Michael Eric Dyson said of Sears, but she “justifies and legitimates the white supremacist practices.”

Mark Zuckerberg's popular social media platform is getting pounded again, but it's not by conservatives this time.