If there was any faith remaining in the American media and its promise to be fair and accurate, new polling suggests the public has lost confidence in what little trust was left.

Gallup has been tracking public confidence in the news since 1972, the year Richard Nixon handily won re-election, and back when 68% of the public told the pollster they trusted the network evening news, The Washington Post, Time, Newsweek, and The New York Times.

In the latest Gallup poll, conducted in early September, 63% said they have little or no trust in the media.

In the same poll, the 36% who said they have some faith is the second-lowest number since Gallup began tracking public confidence. The all-time historic low of 32% came in 2016 when left-wing news outlets were running with Trump-is-a-Russian-asset stories as if there was solid proof the reality TV star and real estate mogul was a stooge of Vladamir Putin. 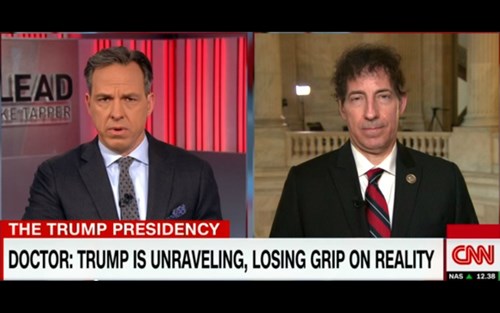 Geoff Dickens of Media Research Center points out the new Gallup figures show 72% of Americans who consider themselves conservative or moderate see strong bias in today's media, which to that segment of attentive Americans is like saying water is wet.

Documenting and reporting on media bias is a daily job for the Media Research Center. The organization was founded in 1987 by Brent Bozell III with a mission to urge the media to remain neutral and unbiased by documenting how it was failing at both. That is why the late Rush Limbaugh routinely referred to modern-day journalism as the “drive-by media” on his daily radio show.

“They come in with their cameras and their microphones and their news reporting, and they create an absolute mess. They scare the [expletive] out of people,” Limbaugh once explained to a listener. “They literally cause carnage. Their actions sometimes are destructive and ruinous to individuals. They kill the reputations of people, or try to. And then they get in the convertible, they head on down the highway and they find the next group of people to do the same thing to while there are those of us who have to go in and clean up the mess.”

Journalists in pajamas vs. CBS News

The explosion of the Internet turned journalism upside down when a handful of powerful news outlets witnessed the birth of right-leaning news outlets such as Daily Caller, Breitbart News, NewsMax, and RedState. It was in 2004 when a CBS News executive complained that pretend journalists were sitting at home in their pajamas ruining journalism when professional news outlets such as the long-running “60 Minutes” program were working hard to be accurate with “multiple layers” of fact-checkers.

That complaint came after bloggers and online sleuths used their keyboards to point out “60 Minutes” had likely used faked documents in an effort --- two months before Election Day --- to slam President George W. Bush’s service in the Air National Guard.

CBS News later retracted the story and later admitted the segment never should have aired. Several employees were fired who were involved in the segment and a veteran of American journalism, Dan Rather, eventually resigned over the issue.

In a more recent scandal involving Donald Trump, it was law-professor-turned-media-critic Glenn Reynolds who pointed out in a scathing op-ed that Trump-hating “Russia collusion” believers in the national media had fallen for lies and left-wing fantasies that Donald Trump and his family would be going to prison.

“We might someday need a press we can trust,” Reynolds, who founded the website Instapundit, wrote. “But I hope not, because we certainly don’t have one.”

According to Gallup, the mainstream media has been underwater with public confidence for years and Dickens agrees that confidence is not coming back.

“They could have hired more conservatives in their newsrooms, producers, online talent,” he observes. “And they could have kept liberals as well and had a truly balanced broadcast. But even in the face of falling ratings, they refused to do it.”

An advocate for the dignity of every human being who works to hold corporations accountable for profiting from sexual exploitation says a popular social media platform needs to work harder to prevent filth from reaching the minds of young people.