A liberal black columnist for The New York Times peeled back the curtain when she complained about American flags flapping in the Long Island breeze and concluded that “whiteness” is a threat that must be addressed by Democrats.

In a discussion on MSNBC about the Jan. 6 “insurrection” at the U.S. Capitol, Mara Gay (pictured above) took a discussion about racist whites even farther. She shared a story of racist redneck yahoos displaying their Trump flags, and mocking Joe Biden, which she witnessed when she visited a friend on Long Island during the recent Memorial Day weekend.

Gay told MSNBC she was “really disturbed” by “dozens and dozens of pickups” that were flying Trump flags alongside anti-Biden stickers. Not done with calling those supporters racist, she went on to suggest it was also “disturbing” to see “dozens of American flags” being flown, too.

That should be no big surprise, since it was Memorial Day weekend, but the Times writer said what she witnessed was a “message” to black people from racists.

“Essentially the message was clear: This is my country. This is not your country. I own this,” she said live on-air. 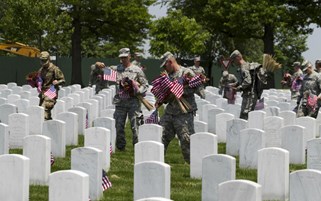 The densely-packed Long Island is home to 7.6 million residents in Nassau and Suffolk counties, where voters chose Joe Biden over Donald Trump 51%-47%.

It wasn’t clear where Gay visited but a map of the island’s Election Day totals, which can be viewed here, shows a checkerboard of red and blue across much of the 118-mile island except for the Hamptons, a mecca of wealthy Democrat homeowners on the eastern tip.

Nadra Enzi of Project 21 tells One News Now he was disturbed that Gray was viewing people through stereotypes and assumptions.

“To say that every white person with a pickup truck and a flag is presumably a violent white supremacist,” Enzi says, “would be the same as saying every black man in a pair of blue jeans, be he working class or Phi Beta Kappa, must be a carjacker or an armed robber."

Gray’s comment apparently generated a torrent of pushback online because The New York Times, by the end of the day Tuesday, released a statement via Twitter claiming Gray’s comments on MSNBC “have been irresponsibly taken out of context.”

The statement further claimed her argument was that “Trump and many of his supporters have politicized the American flag,” even though Gray had gone farther and bashed Old Glory flying as a symbol of white supremacy.

“The attacks on her today,” the Times also stated, “are ill-informed and ground in bad faith.”

That attempt to defend Gray and criticize her critics was wildly mocked by Twitter users, too.

“Gonna need some more spin for that one,” reads one comment that included a gif of a person spinning in a washing machine.

Gay's accusations about Long Islanders likely led to a loud and patriotic rendition of the national anthem, which can be viewed here, before the Islanders played the Bruins Wednesday night at Nassau Veterans Memorial Coliseum.

Metaxas on YouTube ban: 'They're afraid of the truth'

YouTube has permanently removed the “Eric Metaxas Radio Show” from its millions of streaming channels, but the author and scholar says the punishment is more like a trophy acknowledging he was making the other side uncomfortable.