Harvard's bias against Asian students will be tested by high court

The U.S. Supreme Court will soon hear a challenge to the use of race in college admissions, a controversial topic that is returning with a twist after the court last addressed the issue in 2003.

In the Grutter v. Bollinger decision, the court ruled 5-4 that race could be considered in admissions standards because that factor – although a controversial one – was only one of several factors considered at the University of Michigan Law School. A white student, Barbara Grutter, filed suit after she was rejected to the law school, which did not hide the fact her race was counted against her.

"Even if you're not interested in the world of higher education,” comments Pacific Legal Foundation attorney Alison Somin, “one lingering question from these cases is to what extent the diversity rationale, that has been used for admissions, applies in other contexts.”

The high court is scheduled to hear the case next Monday, Oct. 31.

In this new high court review, Harvard University is being sued over its admissions process that penalizes Asian-American applicants. The acceptance rate at the esteemed Ivy League school is 5%, where a 4.0 GPA is required, but Asians who apply there are literally penalized because their test scores put them far ahead of other races on the majority-white campus.

The newest ethnicity statistics at Harvard conveniently show Asian students make up 27% of the class of 2022, the second-largest number behind whites, but that number comes after Harvard’s discrimination against Asians was uncovered back in 2018.

In a 2018 story, The New York Times reported Asian applicants are rated lower for what Harvard calls “positive personality,” meaning students can demonstrate courage and are likeable. So a student with excellent test scores can be penalized because a university official feels he is not likeable enough.

After the blatant discrimination was uncovered, Asian students and their parents formed Asian Students for Fair Admissions and filed the lawsuit the high court is scheduled to hear next week. 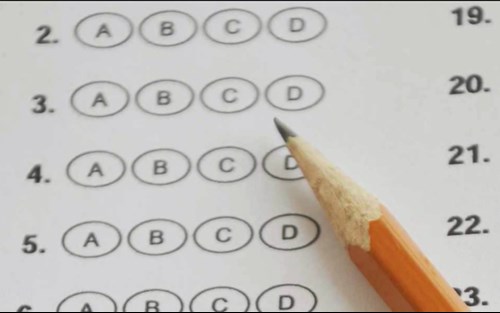 Somin says Pacific Legal Foundation has filed a brief in the Supreme Court case because the law firm has fought blatant race-based discrimination wherever the issue has arisen, including in highly-competitive high schools.

“We're also seeing diversity justification for the use of race being put forward in the COVID relief packages that gave relief to small businesses,” she tells AFN. “And we saw similar reasoning being put forth by state governments in determining who would get the COVID vaccine or COVID treatments, like Paxlovid, and some of the available anti-viral [drugs]."

Back in February, when the Supreme Court announced it would hear the appeal, liberal New York Magazine writer Jonathan Chait wrote a scathing article that accused Harvard of unfairly penalizing Asians literally because their test scores are so much better than their peers. If the Asian applicants are admitted solely on academic merit, he wrote, citing a Harvard study, the number of Asian students would “explode” from 19% to 43%.

“Liberals have not denied these facts uncovered by the plaintiffs,” Chait wrote. “Instead, they have engaged in a mix of evasion and deceit.”

A public policy analyst and former prosecutor says a recent court decision in a high-profile case is further proof that jury selection can be the most important portion of a trial – and that securing an unbiased jury can be difficult, even in America's capital.