A federal lawsuit is attempting to block President Joe Biden’s plan to forgive billions of dollars in student loan debt, which marks one of several lawsuits to stop the plan that was announced in August.

Elaine Parker, president of the Foundation, tells AFN the organization is representing two plaintiffs who are arguing they should be allowed to express their views to their own government.

“One other point that I would like to make with you,” Parker adds, “is that this student loan plan does nothing to address the root cause of unaffordable tuition.”

What is the root cause? Colleges and universities keep raising their tuition rates year after year, she says, while they are sitting on approximately $700 billion in endowments. 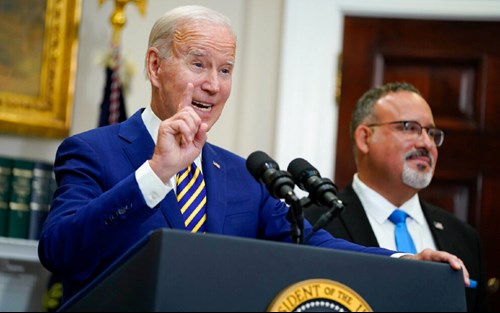 At a cost of approximately $300 billion, Biden announced in August the federal government plans to wipe away $10,000 of federal student loan debt for borrowers making less than $125,000 annually. At the end of September, however, the Biden administration announced it was scaling back its eligibility requirements to exclude student loans that are held by private lenders.

The lawsuit by Job Creators, one of several filed across the country to block the loan forgiveness plan, was filed in the U.S. District Court for the Northern District of Texas.

According to The Associated Press, one plaintiff in the suit did not qualify for loan forgiveness because the plan excludes commercially held loans not in default. The second plaintiff did not receive a Pell grant and is therefore entitled to less debt forgiveness under the current plan.

An attorney says it could be months before a decision is reached in a Colorado cake artist's latest court battle.