Subscribe
Scandal-plagued SPLC has 'hate group' fan at the DOJ

Scandal-plagued SPLC has 'hate group' fan at the DOJ

A religious liberty law firm that has been labeled a “hate group” is calling attention to how the Far Left uses that definition to discredit its hated opponents and to bully others who dare defend it.

Alliance Defending Freedom, which dispatches attorneys across the country to defend constitutional rights, is no stranger to disagreement after creating left-wing enemies over the years. But the group pushed back after a U.S. Justice Dept. official used the “hate group” label to shame a former assistant U.S. attorney who praised ADF in an online post.

“Honored to speak with Matt Sharp at Alliance Defending Freedom,” Jason Weida, now a state health official in Florida, stated on LinkedIn, “about the work we’re doing in Florida to protect kids from experimental medical interventions and to defend parental rights, all thanks to the leadership of Governor [Ron] DeSantis.”

That tepid comment apparently angered Eric Bruskin, a DOJ attorney in its influential Civil Rights Division, who told Weida they could no longer be friends.

“You’re speaking at a conference for a hate group,” Bruskin wrote. “Are these the beliefs you hold? If so, then it’s time we end our professional association.” 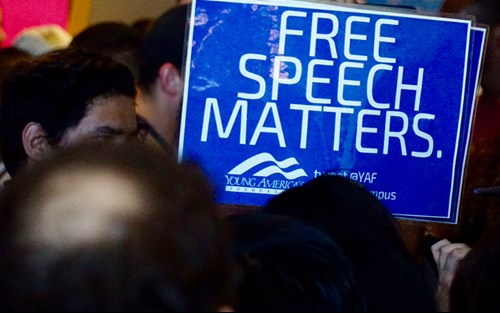 "When you have senior officials at the Justice Department tossing out a term like this to describe Alliance Defending Freedom," Watts tells AFN, "that ought to be concerning for everyone regardless of where you line up along the political spectrum."

That warning is likely to fall on deaf ears, however. As the Right has witnessed in recent years, the Far Left views a Ben Shapiro college speech as "violence" but also defends literal street violence if the target is "fascists."

From civil rights to fundraising machine

ADF is familiar with the “hate group” label, which is a major ongoing project of the once-respected Southern Poverty Law Center. That organization was founded in the 1970s by attorney Morris Dees to help blacks fight for their legal rights in the post-Jim Crow South, but Dees was forced out in 2019 amid complaints that black employees were mistreated and went underpaid, and females were sexually harassed and punished for speaking out. 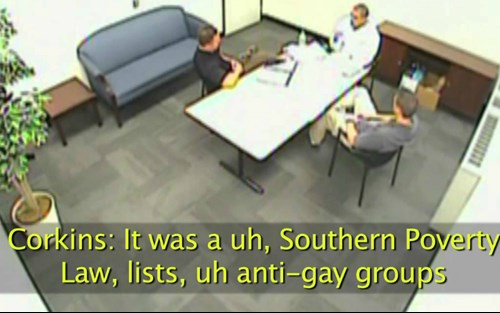 Back in 2012, the SPLC “hate map” was used by a gunman to target the Family Research Council, where Floyd Corkins II confessed to the FBI (at right) he had planned a mass slaughter but was subdued by a wounded security guard.

American Family Association, the parent organization of American Family News, is also labeled a “hate group” by the SPLC and beefed up security after the 2012 attack at the FRC headquarters.

In a USA Today op-ed, published in 2019, former FRC employee Jessie Smith recalled being on “lockdown” during Corkins’ attack and learning a fellow employee had been shot. She also pointed out the scandals involving the SPLC and how even liberals had soured on it for using the “hate” label to bolster its massive fundraising efforts.

In the commentary, Smith also revealed she was now working for another group hated by the SPLC: Alliance Defending Freedom. 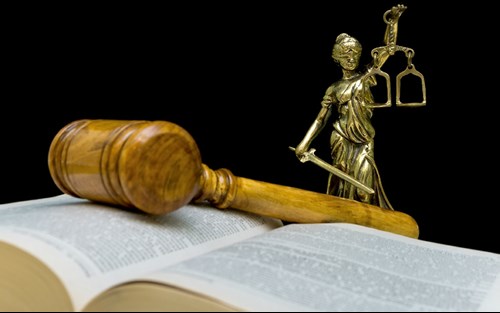 “The SPLC, as an institution,” she concluded, “has thoroughly disqualified itself as an arbiter of justice.”

As the DOJ attorney demonstrated, however, the SPLC’s scandals go unmentioned and ignored by the Left but the "hate group" label is akin to courtroom evidence. So attorneys who have argued before the U.S. Supreme Court, and kooky Klansman ranting about “white power” on 4chan, deserve the “hate” label because the Left wants to decide what “hate” means.

According to Larson, in the case of an influential DOJ attorney, using the “hate” label is much more worrisome and dangerous than a random left-wing activist marching in the street.

“There is a reason,” he warns, “that the symbol of justice, Lady Justice, is holding the scales blindfolded.”

A religious liberty legal group is praising an appeals court for rejecting a challenge by the Air Force to overturn a ban on President Biden's shot mandate.