In a rare legal victory over a city’s homosexual-defending public accommodation ordinance, a federal judge ruled the city of Louisville, Kentucky violated the free speech rights of a Christian business owner.

Chelsey Nelson, a self-employed photographer, editor, and blogger, sued Louisville and Jefferson County with the help of Alliance Defending Freedom to fight the “fairness ordinance” that requires her by law to attend and photograph a same-sex wedding ceremony to remain in business and avoid major fines.

“Louisville's law actually went further than that,” says ADF attorney Bryan Neihart, “and restricted her from explaining her religious beliefs about marriage on her studio's website."

“I believe God’s vision for marriage is beautiful,” the wedding website states, “and one of his sweetest gifts to us in this life to be treasured and held in honor.” 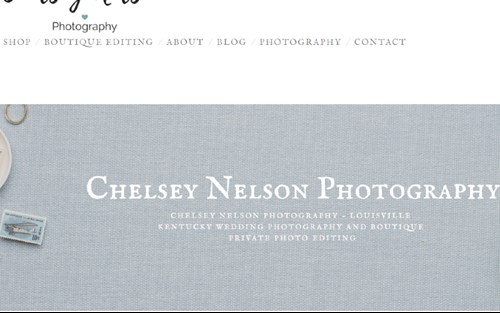 In his ruling handed down August 30, U.S. District Judge Benjamin Beaton said the City of Louisville cannot use its ordinance to force Nelson to provide wedding photography services to same-sex couples. Nor can the city government, Judge Beaton wrote, “prohibit Nelson from posting statements on her website or making similar statements on her studio’s website, on her studio’s social-media sites, or to prospective clients.”

Responding to the ruling, Louisville Mayor Greg Fischer told the media the city will likely appeal the decision and vowed to enforce "to the fullest extent possible" the anti-discrimination ordinance.

"We are a city of compassion," the Mayor said in a statement, "and we appreciate the many ways our LGBTQ+ family contributes to our diverse community."

The federal judge’s 44-page ruling upended red-state Kentucky’s 23-year history of defending and celebrating homosexuals, lesbians and transgenders in more than 20 municipalities across the state.

According to the “Fairness Campaign” website that celebrates those victories, the City of Louisville first hoisted the rainbow flag in 1999 when it passed an employment non-discrimination ordinance. 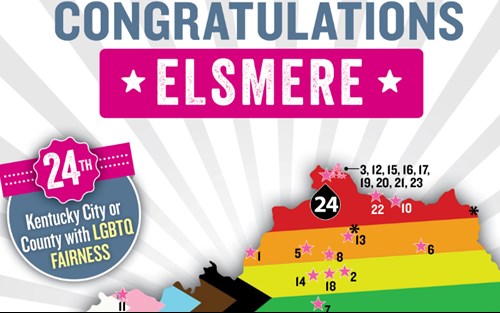 “Kentucky’s first anti-discrimination Fairness Ordinance passed into law more than 20 years ago,” the LGBT website (pictured at right) jubilantly brags, referring to Louisville, “and it ushered in a new era of LGBTQ rights across our state.”

Following the first city ordinance in Louisville, 24 municipalities across the state followed suit, the LGBT group states on its website. It would seem likely Judge Beaton’s ruling puts those unconstitutional laws in legal jeopardy.

After this week’s court ruling, in a social media post, the Fairness Campaign called it a “disappointing and dangerous opinion” from a Trump-appointed judge. That post on Twitter came after Fairness Campaign promoted a free monkeypox vaccine, including for minors, at a “progressive” Baptist church in Lexington.

In his legal ruling, which granted a permanent injunction against the City of Louisville, Judge Beason ripped apart – again and again –Louisville and its attorneys in their response to the ADF lawsuit. Even though Louisville acknowledged other photographers serve same-sex weddings, he wrote, the city argued that her photography business is a “unique” service and therefore the city is compelled to enforce its “equal access” law. That argument, the judge wrote, “flips free speech on its head.”

And the federal judge wasn’t done, either.

Elsewhere, in Louisville’s response to the lawsuit, the judge ripped into its motion to dismiss the lawsuit because Nelson has only worked a couple of weddings and it was unlikely the city ordinance would be enforced against her. In light of that claim, the prior argument about her “unique” services did not escape the judge’s notice. He defended her right to a pre-enforcement challenge before the City of Louisville imposed fines – which the judge called “substantial” – against her.

According to Neihart, regarding the pre-enforcement challenge, the “beauty” of the American legal system is Americans don’t have to wait to be punished before challenging an unconstitutional law.

Religious freedom advocates are celebrating a recent win at the Fifth Circuit over another attack on physicians' right to abide by their conscience.