Subscribe
Under pressure to act after Dobbs ruling, Biden signs his name

Under pressure to act after Dobbs ruling, Biden signs his name

Abortion-defending Democrats are full of angry sounds and street-level fury after Roe v Wade was overturned, and now an executive order signed by President Biden is being described as a feel-good measure that signifies nothing.

"The executive order, if you actually read, it doesn't do anything," legal expert Thomas L. Jipping, of The Heritage Foundation, says of the order signed July 8 at the White House.

“In the face of this health crisis,” the order reads in part, “the Federal Government is taking action to protect healthcare service delivery and promote access to critical reproductive healthcare services, including abortion.”

“The [Supreme] Court and its allies,” Biden warned at the signing ceremony, “are committed to moving America backwards with fewer rights, less autonomy, and politicians invading their most personal decisions.” 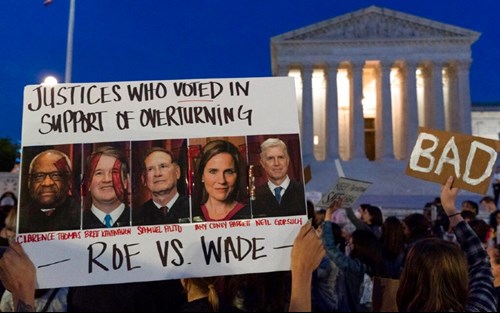 In reality, Jipping tells AFN the executive order simply tasks members of the Biden administration with considering, or exploring, or identifying action that can be done through the executive branch to protect abortion access.

"The order itself doesn't do anything other than that," says Jipping. "Mainstream media has reported it as if this executive order by itself guarantees access to abortion, but all reporters have to do is read it to know that that's not true."

News stories about the executive order, such as a Politico story, admit President Biden acted out of pressure from national abortion-rights groups to act after the Supreme Court ruled in the Dobbs abortion case. Those liberals groups told Politico they were frustrated with the “scope, vagueness, and timing” of the executive order, which came two weeks after the ruling was announced.

Biden’s speech last week complained about an “out-of-control Supreme Court” and “extremist elements” of the Republican Party, but Jipping says it was just for show.

"It's for the purpose of the president appearing to be taking action,” says the Heritage analyst, “and he's on the job as far as defending and protecting the killing of children.”

A new website has been formed to provide a roadmap for parents to understand and defend their rights.