The draft opinion that leaked from the U.S. Supreme Court appears to be a final and firm 5-4 decision to overturn the landmark Roe abortion ruling, says an attorney who analyzed the ruling, and his conclusion is it was leaked in a desperate attempt by Democrats to rally their base for the midterm elections.

In his weekday AFR radio show Tuesday, attorney Abraham Hamilton III told his audience the majority opinion written by Justice Samuel Alito is a 98-page ruling that rips apart the constitutional claims of Roe v Wade. Because the draft makes it clear five justices are striking down the landmark ruling, Hamilton said, it is unlikely the four justices who sided with Alito will waffle and change their minds before a final opinion is released in June.

After the nine-member court heard oral arguments last December, Hamilton said, explaining the court’s procedure, the justices then held a vote to evaluate where each one of them stood on the Dobbs abortion case that came before them. Four of them joined with Alito whose opinion was written in February.

“But the draft opinion is not the final opinion,” Hamilton said, giving a necessary caveat to his audience. “So the reality is – the reality is – the justices could change their minds and there be a different opinion released in June or later. That could happen. Now, I don’t think that’s very likely to happen.”

Hamilton, a former assistant district attorney who is now general counsel at the American Family Association, then went on to explain why he believes the draft opinion will remain a 5-4 decision. In his long opinion, Alito rips apart the claim from late Justice Harry Blackmun that abortion is protected in the U.S. Constitution.

Farther down in the opinion, Alito plainly states the majority is declaring the issue of regulating abortion falls to the states as provided by the 10th Amendment. That language suggests Congress is being told, the AFA attorney said, it has no legal authority to vote on the issue, which obviously carries huge consequences.

So the other four justices knew they were signing their names to a hard-hitting landmark ruling, Hamilton concluded, that will upend abortion laws, politics, and the culture.

'They're gonna run on the economy?'

On the radio show, Hamilton then pivoted to the decision to leak the document itself and the motives behind it. If the five justices do intend to stand firm and not be swayed, he said, then the motive is likely dirty politics by desperate Democrats.

So the most likely motive, he said, is Democrats are attempting to rally their abortion-defending voters to drive turnout on Election Day because the political party has nothing else to run on. 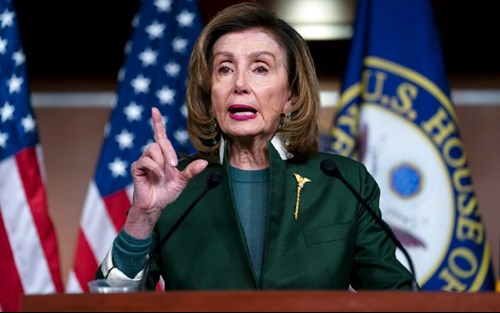 That conclusion about the Democratic Party and abortion mirrors the views of Michael O’Neill, an attorney at the Landmark Legal Foundation.

“The Left holds abortion up as one of its paramount rights beyond anything,” he tells AFN. “It almost dwarfs anything and everything in comparison.”

O’Neill predicts Democrats will fail to fire up the base for the midterm elections like they are hoping to do but they have shifted public debate to abortion and away from the failing Biden administration, he adds.

In an interview with AFN about the leaked draft, First Liberty Institute attorney Keisha Russell says the chants of “Pack the Court!” outside the Supreme Court building are alarming. Doing so under political pressure makes the court a “political branch” of the federal government, she says, like an arm of a Third World dictatorship instead of an independent body.

“If people want to know what happens when you pack the court,” she says, “all you have to do is look at Venezuela and see that, ultimately, people’s rights have been destroyed.”

In a press release, O’Neill and Landmark Legal Foundation said there is reason to conclude the leaked draft opinion was an effort to “intimidate” the court before a final opinion is written.

The chief justice of the U.S. Supreme Court has confirmed the authenticity of a draft opinion that was leaked to a media outlet and ignited a plethora of reactions on the abortion front regarding its implications and who might be responsible.