Two homosexual rights groups have sued the State of Florida and its governor, Ron DeSantis, demanding the right to hand out and teach graphic sexual material to public school students as young as five years old.

Family Equality and Equality Florida have filed a federal lawsuit to overturn the "Parental Rights in Education" bill that protects five-, six- and seven-year-olds from being taught about homosexuality and transgenderism. The lawsuit followed a full-on attack against the new law from the Biden administration, including several events last week showing support for the LGBTQ+ community as well as a presidential proclamation recognizing Transgender Day of Visibility.

AFN talked with John Stemberger of the Florida Family Policy Council, who says despite the lies from LGBTQ activists and their supporters – not to mention the misinformation being propagated by The Walt Disney Company – the bill isn't about shaming and silencing "gay" teachers and students. In fact, says Stemberger, it's about protecting children.

"This bill really doesn't gain any ground; it's just holding the line," he says, "and [it tells schools] You're not going to corrupt and contaminate our little kids."

When he signed the bill into law last week, Governor DeSantis said: "We will make sure that parents can send their kids to school to get an education, not an indoctrination."

Stemberger says as the name implies, the Parental Rights in Education bill guarantees that parents have the right and responsibility of teaching their children about sex at whatever age they think is responsible.

"[It's] just trying to get parents the right over their children and tell the state: Look, you don't own our kids, and you can't mess with their minds, you can't introduce sexuality and content that's inappropriate at a very tender, young age."

Stemberger also has an idea why gay activists are so keen on promoting sin to little children: "They know that the young people and the children are the next generation. If they can win that battle, it's over." 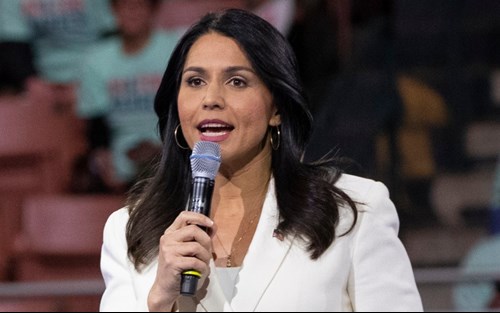 One of the latest to come out in support of the new Florida law is none other than Tulsi Gabbard, the former Democratic congresswomen from Hawaii. In a tweet dated early today, Gabbard accuses the federal government of trying to "usurp" parents' rights and responsibility to raise their own children:

Gabbard: "… We should all the support the Parental Rights in Education bill that recently passed in Florida, which very simply bans government and government schools from indoctrinating woke sexual values in our schools to a captive audience. A captive audience that is by law required to attend."

The former House member also suggests in her tweet that the law needs to go even further, extending protections through the 12th grade.

Free speech wins in Finland after Christianity put on trial

Thanks to a free speech-defending court, a member of parliament in Finland has been acquitted after publicly stating her biblical beliefs, but the law firm defending her predicts an appeal is likely because the faith-hating prosecution is under pressure to punish its client for her beliefs.