Jeffress: If your church isn't woke, IRS wants you broke

A prominent evangelical pastor is predicting the IRS will target right-leaning churches, and strip them of their tax-exempt status, and a religious liberty attorney says he would not be surprised if that happens.

Dr. Robert Jeffress, the pastor of First Baptist Church in Dallas, delivered that warning last week when he appeared on the “Todd Starnes Shows” during the National Religious Broadcasters convention.

“I predict, with some knowledge, that the IRS is going to say when you preach certain things, or allow certain things to be said from your pulpit,” Jeffress said, “that's politics and therefore disqualifies you from tax-exempt status.” 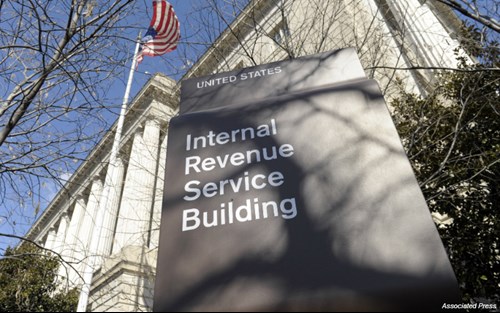 Jeffress made his prediction based on information he has learned, not just a gut-check of U.S. politics.

Church congregations are registered as 501(c)(3) non-profits with the U.S. Treasury Department, which is tasked with enforcing the so-called Johnson Amendment to ensure church congregations do not endorse nor support a candidate for public office in order to receive tax-free tithes and offerings.

That is certainly not the case at many majority-black churches, where Democrat politicians often stand behind the pulpit to court votes with help from the pastor -- and do so without fear of an IRS agent showing up Monday morning.

As recently as last year, Democrats were leaning on black churches in Virginia to help Gov. Terry McAuliffe in his bid to win re-election. Despite that "Souls to the Polls" push, he narrowly lost to Glenn Youngkin.

In many uber-liberal congregations, it is not surprising to hear a far-left lesbian pastor preach about saving the planet from climate change, and urge the congregation to volunteer at the local Planned Parenthood clinic.

What Jeffress was alleging, however, is that evangelical congregations – which are politically conservative – represent a problem for the Orwellian-like Biden administration.

The pastor gave the example of Christians Engaged, a non-profit ministry, that fought the IRS and eventually won its tax-exempt status. The ministry went public with the legal fight after the IRS blatantly suggested that the group's Christian principles -- abortion, biblical marriage -- aligned with the Republican Party.

The IRS is looking at numerous other ministries, too, Jeffress told Starnes.

“There can be no reward, no benefit, no tax break for anyone or any institution, any organization in America,” he told CNN, “that denies the full human rights and the full civil rights of every single one of us.”

Responding to Jeffress’ claim, Mat Staver of Liberty Counsel points out there is a pivotal election coming in eight months and polls predict a political bloodbath for the Democratic Party.

“Under the Biden administration, I have no doubt that the IRS has been directed to look at nonprofits and churches to try to hassle them and intimidate them into silence,” Staver says, “particularly during the upcoming election cycle.”

The Boy Scouts, embroiled in sexual assault litigation, don't appear to be interested in blazing a different trail from that which has led to a multibillion-dollar settlement – and thousands of youngsters' ruined lives.