An artist sketch depicts Mississippi Solicitor General Scott Stewart speaking to the U.S. Supreme Court justices Dec. 1 in an abortion case that is expected to be a landmark ruling.

A commission created by President Joe Biden to “reform” the highest court in the nation has concluded its study without bowing to the crazed demand to add seats to the nine-member court and create term limits for the justices.

In its report released this week, the Presidential Commission on the Supreme Court of the United States said there was “profound disagreement” among its group of legal scholars over the two volatile issues it was tasked with researching and debating.

The current nine-member court leans right, thanks largely to Donald Trump’s one term in the White House, and that thin majority of constitutional justices has left angry Democrats predicting democracy is being threatened and demanding the legislative branch “save” the country by “reforming” the court.

Jeremy Dys, an attorney with First Liberty Institute, tells American Family News the Left will keep pushing for so-called “court reform” because, in their view, the Right is pursuing an ideologically-driven agenda.

“Which is just simply not true," he says.

The high court heard a 2nd Amendment case in November regarding New York's state law that restricts firearms to inside the home. That case came before the same court that struck down a 30-year handgun ban in Chicago in a 5-4 ruling that was announced in June.

Abortion-supporting Democrats were livid when the Supreme Court agreed to hear a Mississippi abortion case, which was argued before the court December 1. That case could overturn Roe v Wade.

This week, the court heard a school choice case from Maine. Families in the state are allowed by law to use public funds for private schools if there is no public high school where they live. Those funds are not allowed to be used at religious schools, however, and parents sued over that discrimination. 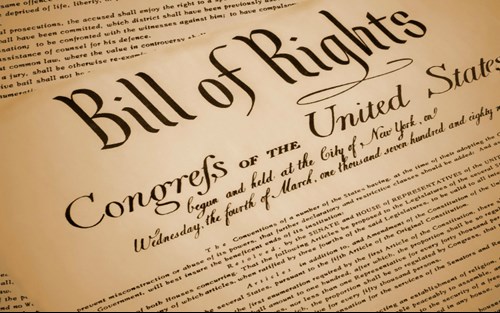 According to a summary by the ABA Journal, the left-leaning publication of the American Bar Association, the commission’s members support continued audio streaming of oral arguments, which most recently occurred during the Mississippi abortion case. The commission also recommended an advisory code of conduct for justices and more transparency regarding the court’s so-called “shadow docket.”

Dys says the Supreme Court is worth protecting from far-left attempts to change it because it is the “last line of defense” to protect our civil liberties as guaranteed by the U.S. Constitution.

"I think until this whole thing is completely put to bed, Americans are going to have to continue to be vigilant to preserve the institution that preserves our freedom,” Dys says, “whether that's Congress, the White House, or especially our last line of defense, our judiciary."

A federal district court has issued an order allowing a college athlete to intervene to defend her state's Save Women's Sports Act.