The legal counsel for AFA says "any mandate that forces us to compel our employees ... to be vaccinated against their wills is one that would require us to violate our family's sacred right of conscience. That is something we cannot and will not do."

A prominent pro-family, faith-based ministry is adding its name to the growing number of legal challenges being filed against President Joe Biden and his business vaccine mandate.

Biden's mandate is facing a wall of opposition – and not just from conservative lawmakers on Capitol Hill. As AFN reported on Thursday, The Daily Wire and Job Creators Network filed lawsuits with the 8th U.S. Circuit Court of Appeals to block the implementation of the administration's "vaccine" mandate on businesses with 100 or more employees. And earlier today, attorneys general in 11 states followed suit, filing their action in the 8th Circuit as well.

Now, American Family Association – a Christian activist organization based in Tupelo, MS – has filed similar action with the 5th U.S. Circuit Court of Appeals in New Orleans. Abraham Hamilton III, AFA's general counsel, argues the federal government has no authority whatsoever to compel the ministry to intrude upon its employees' personal health decisions and violate their sacred rights of conscience.

"As a Christian organization, we conduct every aspect of our operation according to our Statement of Faith, which is recognized and protected by the U.S. Constitution and congressional statute," says Hamilton.

"We believe the Bible is the inspired, infallible and authoritative Word of God. It teaches us that the right of conscience is sacred and must remain inviolate," the attorney continues. "Any mandate that forces us to compel our employees, our AFA family, to be vaccinated against their wills is one that would require us to violate our family's sacred right of conscience. That is something we cannot and will not do."

Hamilton describes the Biden administration's mandate – scheduled to kick in on January 4, 2022 – as the latest example of its "utter disdain and contempt" for both the U.S. Constitution and millions of Americans' sincerely held religious beliefs.

"We are not the federal government's enforcement arm to compel the American people to choose between their livelihood and their freedom," he emphasizes. "This is a grotesque abuse of power and we will not be party to it. We also refuse to incur the costs for implementing this testing regime and the attendant liability for inserting ourselves into our employees' private health." 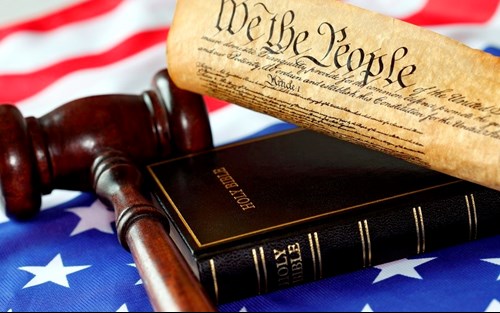 The attorney also points out that the U.S. is a constitutional republic – not a monarchy.

"We, the people, will not abide a dictatorship. The current administration seems to require a reminder of that fact. This abuse of executive power has become the occasion to provoke such a reminder," Hamilton concludes.

Several governors have taken a clear stand in the lead-up to their attorneys general taking legal action against Biden's mandate. At a news conference yesterday, Florida Governor Ron DeSantis criticized what he called an "executive fiat" for the private sector – and Iowa Governor Kim Reynolds characterized the mandate as an imposition on personal choice. Last month, Texas Governor Greg Abbott issued an executive order prohibiting private companies or any other entity from requiring vaccines.

In addition, lawmakers or governors in states including Kansas, South Dakota and Wyoming have called for special legislative sessions to counter vaccine mandates.

Media outlet taking on Biden: 'We won't do your dirty work for you'

Beginning in January, the Biden administration expects private sector workers to get COVID shots or show a negative test on a regular basis. But a popular conservative news outlet isn't having it.