Faith-based student groups that have gone to court for the right to choose their leaders are now facing a new enemy: the U.S. Dept. of Education.

A legal firm that defends religious liberty cases is watching with alarm after learning the Biden administration is reviewing a Trump-era U.S. Dept. of Education rule that protects religious-based groups on public university campuses.

Meanwhile, a nationwide student atheist group that is applauding the federal review presumably discriminates against Bible-believing Christians at more than 200 student chapters on college and university campuses.

The rule is known as the “Free Inquiry Rule,” which protects faith-based groups by banning colleges from punishing them if a group’s beliefs forbid non-Christians from serving as student leaders. At issue is university funds that are collected from students and distributed to recognized student groups on campus.

The Christian Post was among the first publications to report on the Biden administration’s sudden interest, which came in the form of a Dept. of Education blog entry announcing the federal agency was reviewing the Free Inquiry Rule. The online post states the DOE is “keeping in mind the importance of several key elements, including First Amendment protections, nondiscrimination requirements, and the promotion of inclusive learning environments for all students.”

Despite a passing reference to the First Amendment, the fate of faith-based student groups is predictable from the Biden administration. The word “inclusive” is a dead giveaway, too, given how the Left regularly defines that word in the media, in classrooms, and in courtrooms.

A federal rule that would appear to many as common sense, and is presumably backed by the U.S. Constitution, is viewed as “hate” and “discrimination” by anti-religious, far-left activists who were angered when InterVarsity Christian Fellowship sued and won a federal lawsuit earlier this year, a ruling that pushed back on their effort to isolate and punish the faith-based groups in the name of "tolerance."

According to the Post story, atheist groups American Atheists and Americans United for Separation of Church and State are challenging the Rule in court.

“We anticipate that the Biden administration will agree with us,” an Americans United spokesman said, “that discrimination has no place in our public colleges and universities — even if religion is used to justify it.” 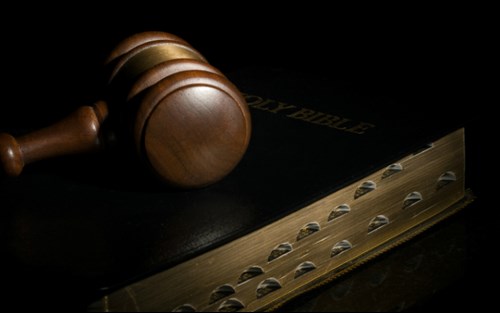 The irony of complaining about discrimination is that a national student group exists for atheists, Secular Student Alliance, which claims it operates chapters on 228 college campuses. That group would presumably turn down a Bible-believing, proselytizing college student to be a “Secular Student Advocate” on campus.

Among the goals for an atheist “Advocate” on campus, the SSA website states, is “outreach” to other non-religious students on campus and to “keep an eye out” for campus issues in which a “secular perspective” can be represented. Not only does Secular Student Alliance seek “Secular Student Advocates” on college campuses, those non-Christian students are eligible for one of its scholarships that are awarded to students who promote “secular values.”

Despite the atheist group's blatant recruitment and training of non-religious students, the executive director of the Secular Student Alliance, Kevin Bolling, insists faith-based groups such as InterFaith, Baptist Student Union, and Young Life are practicing discrimination by following their biblical beliefs.

“We appreciate the U.S. Department of Education’s willingness,” Bolling said in a statement, “to hear real-life examples of how LGBTQ+, nonreligious, and minority-religious students are already being negatively impacted on campus by this discriminatory rule.”

Bolling previously worked for the Los Angeles-based Gay Men’s Chorus before overseeing the student atheist group, according to his online biography.

The list of faith-based student groups is a long one, ranging from Protestant groups such as Baptist Student Union and Wesley Foundation to Jewish group Hillel and the Muslim Students Association.

In the case of InterVarsity and other faith-based student groups, they are not fighting for the legal right to keep non-Christians from rubbing shoulders with Christian students at a student luncheon --- they are fighting for the legal right to decide who serves as a leader of those ministry groups. That fact was recognized by a federal judge, Robert H. Cleland. He wrote in his ruling that other student groups at Wayne State choose their student leaders based on sex, gender identity, political views, personal beliefs, ethnicity, and GPA, the Post pointed out in its story.

In the case on InterVarsity, Judge Cleland wrote, Wayne State withheld finances from the group because the Christian group requires its leaders to identify as Christians.

Langhofer, the ADF attorney, says the legal firm is routinely fielding calls from Christian groups reporting the university will not recognize them unless the group allows atheists and non-believers to serve as student leaders.

“What makes it distinctive is they want to share the gospel on campus, just like the chess club wouldn't want to elect somebody that hates chess or the vegetarian club wouldn't want to elect a meat-eater,” Langhofer summarizes. “So in order to maintain your distinctiveness, and your mission on campus, you need to be able to elect leaders that hold beliefs consistent with the group's beliefs."

Back on the Secular Student Alliance website, there is one more requirement for an atheist “Advocate” on college and university campuses:

Introduce yourself to interfaith leaders on your campus and see how you can get involved.

According to ADF, and the Christian students it is hearing from across the country, religion-mocking atheists are indeed getting involved by demanding to lead the Bible study.

South Dakota’s governor says the state will again appeal a court ruling, which is blocking an informed consent law, because women deserve to know what an abortion means for their unborn child.