A U.S. Supreme Court ruling that sided with a Catholic organization could help other Christian plaintiffs and defendants preserve their First Amendment rights, says an attorney familiar with all of those court battles.

"Some may remember,” Hamilton tells One News Now, “they were sued in 2017 for similar grounds because, as a Christian adoption agency, they refused to place adopted or foster children into the homes of same-sex couples because of what the Bible says about sex, marriage, identity.”

He also recalls that Bethany recently “threw in the towel” and will allow same-sex adoptions. The ministry, the largest faith-based adoption agency in the country, announced that reversal earlier this year.

In the Catholic Social Services case, the City of Philadelphia refused to make foster-care referrals because of the stance on traditional marriage. The 9-0 ruling said Philadelphia violated the free exercise clause of the First Amendment.

"This could have potential implications for cases like Barronelle Stutzman's case,” Hamilton says of the Oregon florist, “and others involving florists and bakers and things of that nature.”

Stutzman found herself a defendant after she turned down a wedding floral arrangement for a longtime customer, who is homosexual, because she opposed the same-sex wedding according to her religious beliefs. She has repeatedly lost appeal after appeal in court.

Responding to this week’s to Philadelphia ruling, law firm Alliance Defending Freedom said in a statement that “now is the perfect time for the high court to address a religious freedom question that has been pending for years in Arlene's Flowers.” 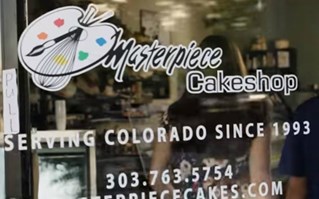 In neighboring Colorado, cake artist and business owner Jack Phillips was fined $500 this week by a lower court for refusing to create a “transition cake” demanded by “Autumn Scardina,” a Denver attorney and left-wing activist who is a transgender woman.

After refusing to create a same-sex wedding cake, Phillips’ legal fight had famously dragged on for five years until the U.S. Supreme Court announced in 2017 it would hear Phillips’ appeal. The high court ultimately ruled in favor of Phillips’ 7-2 in a decision that was considered a narrow legal decision.

According to ADF attorneys who represent Phillips, on the very day the high court announced it would hear the appeal Scardina called Masterpiece Cake Shop and harassed Phillips by demanding a “gender transition” cake. That request was predictably turned down and the attorney immediately complained to the Colorado Civil Rights Commission.

Scardina has also admitted to calling the business to demand a cake featuring a joint-smoking Satan as some twisted legal test he would be treated fairly.

Phillips is represented by ADF, too.

"Anyone suggesting to you that you should abandon your stance, they are not only Biblical wrong, but they are legally wrong according to the Supreme Court of the United States of America," Hamilton tells One News Now.

Hamilton, who hosts a radio show on AFR, cautioned his audience this week that the 9-0 ruling concluded that way because the liberal justices understood they were siding with a narrowly-tailored legal opinion from Justice John Roberts. Hamilton likened that decision to the 7-2 ruling that favored Phillips.

'Contorted' court to the rescue; Obamacare lives on

Legal experts in the Lone Star State are beside themselves after the nation's highest court – once again – has ducked the legal issues and bailed out Obamacare.