A conservative grassroots organization is comparing the corrupt FBI to the KGB after two agents attempted to interrogate an executive about the Jan. 6 riot at the U.S. Capitol without evidence he was even there.

“They wanted to know if I had been at Washington, D.C. on January 6, or if I knew anybody who had been there,” Arthur Schaper, of Mass Resistance, says of the May 28 visit to his Los Angeles apartment by two FBI agents.

Problem is, according to Schaper, he did not go to the nation’s capital that day for the “Stop the Steal” rally, which means, no, he did not participate in the so-called “insurrection” at the U.S. Capitol either.

Another problem for the FBI, which is still roaming the country chasing suspects, is it may have picked the wrong organization: Mass Resistance has gained a nationwide reputation for recruiting grassroots fighters who push back on the Left and its standard tactics of intimidation and violence.

“I stood up to them,” Schaper recalls, “and I said, What you guys are doing is unconstitutional for you guys to be going after people about that. And I told them to get out.” 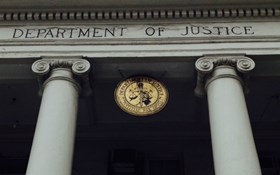 After the Jan. 6 riot, the FBI assigned hundreds of agents to FBI field offices across the country to identify, locate, and arrest participants. In a late-January story, The Wall Street Journal called the FBI response a “sprawling investigation” that was compared in scope and manpower to the Oklahoma City bombing and the Boston Marathon attack.

The official website for every FBI field office, in fact, includes a "Seeking Information" section for Jan. 6 rioters that includes hundreds of still shots of suspects thanks to videos and photos, many of them posted to social media and used as evidence by law enforcement authorities.

Now, nearly five months later, the public is learning many of the most damning federal charges are being dropped by federal prosecutors while hundreds of defendants, after being denied bail, are being kept in solitary confinement in Third World-like conditions.

Those facts have not gone unnoticed by Mass Resistance, either, which published a screed on its website denouncing the FBI visit to Schaper as an East German Stasi-like tactic of intimidation. 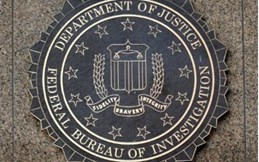 The online article points out, too, that the same powerful FBI that knocked on Schaper’s door also abused the secretive FISA court to spy on Donald Trump’s campaign. Gen. Michael Flynn witnessed the FBI knowingly attempt to entrap him, the article also accurately notes.

The quick-thinking Schaper, who serves as national organization director at MassResistance, says he demanded to know how the FBI agents entered the apartment complex without keys to get in. When the agents refused to tell him, he told them “Get out!” and watched them leave.

Brian Camenker, the president of MassResistance, called FBI offices that same day to demand answers but was predictably told nothing.

“This is a psych-ops operation,” Schaper tells One News Now, “just like what Adolph Hitler did when he took advantage of the crisis when the Reichstag was burned down in 1933.” 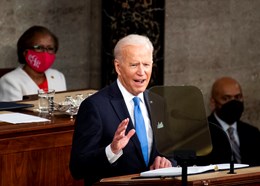 The suspiciously timely Reichstag fire occurred Feb. 27, 1933, four weeks after Adolf Hitler was sworn in as chancellor. He was given sweeping executive powers when The Enabling Act was passed March 23.

It is true the Pentagon, reacting to the Jan. 6 riot, has expressed alarm at the number of military veterans who participated and is now being accused of "purging" the armed forces of right-leaning members.

"We won't ignore what our intelligence agencies have determined to be the most lethal terrorist threat to our homeland today: White supremacy is terrorism,” Joe Biden told Congress in his April address to Congress.

According to MassResistance, if anyone wants to question the group's anger and frustration, the scoffers would change their minds, too, when the FBI knocks on their door without evidence of a crime.

Christian students need to stand up 'before it's too late'

A student is speaking out against the Biden administration's push for colleges to allow people to use facilities designated for the opposite-sex.