Your Latest News from a Christian perspective

Whether it's a story about prayer in public schools, workplace restrictions on Christians, or battles for biblical truth within our denominations, American Family News (AFN) is here to tell you what the newsmakers are saying.

AFN is a Christian news service - with more than 1,200 broadcast, print, and online affiliates in 45 states and 11 foreign countries - that exists to present the day's stories from a biblical perspective. We not only feature the latest breaking stories from across the United States and around the world, but also news of the challenges facing Christians in today's society.

At AmericanFamilyNews.net (AFN.net), you will get your news from reporters you can trust to give the latest news without the liberal bias that characterizes so much of the "mainstream" media.

For a refreshing and informative change in where you get your news, log on to AFN.net. 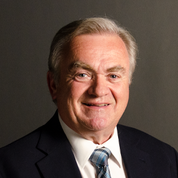 From time to time, you may have seen labels that say "Product of Canada." It happens to suit me also. I was born and raised on a farm on the east coast... and did the things that most Canadian boys do while growing up.... including, of course, playing hockey and falling through the ice while playing hockey.

After graduating from high school, I followed a lot of different paths. Four years at university gave me a degree in Biology and Chemistry. Then a stint in the Canadian Armed Forces taught me how to fly airplanes. After that, came my journalism career.

In between all of this, the Lord led me to Baptist Bible college in Springfield, Missouri, for a year of study. He also had other plans. I met my wife, Suzy, there. We've been married since 1980 and have two lovely daughters.

After nearly 20 years in broadcasting in Canada, God once again stirred my heart about taking what I had learned in secular news operations and applying it to Christian broadcasting. A meeting with Dr. Don Wildmon at American Family Radio in October 1996 led me to my present position ... News Director at AFR. God has been so good to me in so many ways over the years. I praise him for giving me the privilege to serve him.

Proverbs 3:5 and 6 have always been among my favorite Bible verses -- and now I am old enough to say with assurance that God's way is always the best way! 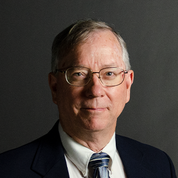 It was a long and circuitous -- but God-directed -- route that Jody traveled to get to AFN. After 20 years as a technical writer and editor for research groups in New Mexico and California, he encountered an open door that led him back to his first professional love: writing and reporting the news. Jody now finds himself in what (for him, at least) is the perfect situation for a self-described "news junkie" who loves to write, and who has been saved by God's grace: Generating news from a Christian worldview.

After six-and-a-half years as editor of AgapePress -- AFA's initial foray into online Christian news -- Jody's horizon expanded to OneNewsNow.com, and then to AFN.net, which offers even greater opportunities to keep his fellow Christians informed on events and issues affecting the body of Christ. Who would have ever thought God could use a scrawny, Frisbee-throwing, 1970s-era hippie in such an endeavor? As Jody says, "It had to be God, because I sure didn't know where I was going back then."

Jody and his wife both hail from the small southern New Mexico town of Alamogordo. They now live in northeast Mississippi, where they attend Connect Church and have been called to encourage couples in having Christ-centered marriages. They have four children -- and seven of the brightest grandchildren in the world!

Jody carries two degrees from New Mexico State University: a B.A. in journalism and an M.A. in technical communication. 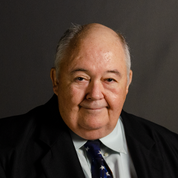 I was born in 1943 in Nebraska, grew up in Oklahoma, and spent most of my adult life in Texas -- which is why, with that background, I go into a state of confusion every football season. I mean, who do you root for? But I got to Tupelo, MS to work for American Family News as soon as I could.

It was a long journey, considering the fact that I was an atheist for the first 48 years of my life, actively promoting non-belief, working as a volunteer for Madeline Murray O'Hair to help her get on talk shows around the country...until I pulled back from the scene and did an interesting thing: read the Bible. Realizing there was so much truth between Genesis and Revelation, I accepted that which couldn't be explained and made a confession of faith, never since regretting it.

Interestingly enough, for the previous 14 and a half years working at the old USA Radio Network and now AFN, I'm fighting vigorously against the very things I promoted as an atheist.

I will continue to do so mainly because I ain't dead yet -- but also because it's just the Christian thing to do. Stand up and be counted! 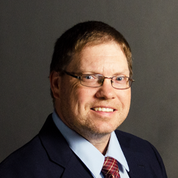 Mississippi native Billy comes to American Family News after more than 20 years in newspaper reporting, where he sat through murder trials, chased fire trucks and police cars, wrote editorials and op-eds, and covered county, city, and state governments – making lots of politicians unhappy over the years.

"It's a job like no other," he says of small-town reporting. "But something was missing, because I was getting older and getting antsy to do something more meaningful, and an opportunity to work for AFN and One News Now was the solution to my frustration."

Billy likens the AFN newsroom to the frontline view of a war – a culture war – that is taking place in school classrooms, in boardrooms, in the public square, and on Capitol Hill. "And I'm grateful every day to play a part to fight the good fight," he says.

Billy and his wife Shannon have three children: Jackson, Addison, and Selah. They attend Hope Church in Tupelo. 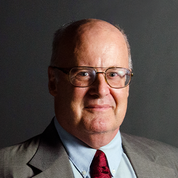 Chad came to AFN after spending more than 20 years in the secular media and becoming frustrated with the liberal bias that even permeates smaller market stations. Chad says "Working for AFN has given me the opportunity to tell the unfettered truth, without having to worry about some liberal producer or news executive filtering the story. Most importantly, working at AFN gives me the opportunity to serve Jesus Christ."

Chad came from a military background (his father was in an Air Force fighter pilot who served his country in two wars) and holds a commission in the Army Reserve. His military background is a major reason why Chad is responsible for keeping up with national defense issues for AFN. His other area of concentration is politics, digging for the Christian family perspective from news makers in Washington.

In his free time Chad loves to follow his favorite baseball team, the Cincinnati Reds, "and help my lovely wife, Christa, with her garden." Chad and Christa are members of Auburn Baptist Church near Tupelo, Mississippi. 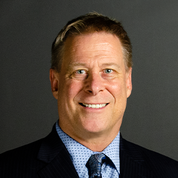 I was born in Oregon, brought up in Colorado, raised a family in Colorado, and by some miracle find myself living in Mississippi. I remember the hundredth occasion of hearing “y’all aren't from around here, are ya?”

I’ve been in radio since the 1980s, and have been reporting from a biblical perspective for more than 20 years -- first with Family News in Focus at Focus on the Family, now with American Family News.

I love music (I’m a choral singer – think Bach B minor Mass and Morten Lauridsen more than Tom Fettke or Chris Tomlin), am a Raiders fan (it’s a missionary endeavor), and like dogs more than cats (like all normal people). I live with my wife Heather in Amory, Mississippi. 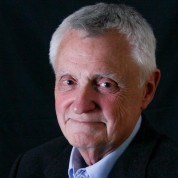 Even though he was a new believer, Bob was "baptized" into Christian radio back in the mid-1970s when he helped to start and manage the news department for a station in Lincoln, Nebraska. After several years in secular radio, he moved to Colorado and began working as a "ghost writer" for a Christian radio talk-show host, writing the opening and closing monologues.

While a public relations specialist with a large insurance company in Denver, Bob got back into radio at KNUS, an all-news Christian station. After a stint as a talk-show host, he had the opportunity of becoming the news director for KWBI-FM, then owned by Colorado Christian University.

From there it was on to Focus on the Family as a news reporter for Family News in Focus. 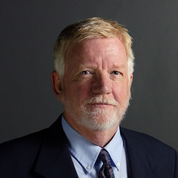 Rusty began his broadcasting career in earnest after landing a job at WSUH/WOOR in Oxford, Mississippi in 1980, while a student at Ole Miss. During his 40 years in broadcasting, he has worked in every aspect of radio, including programming, sales, management, and -- of course -- news.

Rusty handles the majority of radio anchor duties for AFN, beginning his day at 4:00 a.m.

Rusty and wife Caroline married in 1991, and have made their home in Tupelo since that time. They are proud parents of two boys, and are members of Harrisburg Baptist Church. 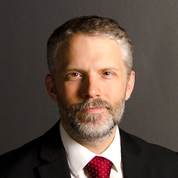 American Family News / OneNewsNow is the first radio and web job for Chris. His previous work involved television news, where he served as a news producer for top-rated morning and nightly newscasts in the southeastern United States.

It was in that TV production role that Chris really got involved in newswriting, story planning, and interviewing, which helped him hit the ground running upon his arrival here in August 2010.

He also knows how people in media think, giving him insight on mainstream coverage of today's issues.