Gov. Ron DeSantis is blocking an AP course on black history in Florida’s public high schools, and he is being called a racist Klansman for doing so, but buried deep in the left-wing denial of any wrongdoing is plenty of evidence of Marxist indoctrination under the guise of education.

After the Florida Dept. of Education announced last week it was rejecting the AP African-American Studies course because of left-wing course topics, the accusations of bigotry and racism poured in. At the White House, DeSantis was accused of blocking the “study of black Americans.” Randi Weingarten, the teachers’ union boss, called it “shameful” because AP courses are a “pathway” to building “critical thinking skills” for young people.

Dean Obeidallah, a far-left journalist and Sirius talk show host, said DeSantis is positioning himself to be the GOP’s “next grand wizard.”

“Why is it,” D.L. Hughley, the well-known black comedian, asked in a tweet, “that the only history that seems to bother DeSantis is black history?” 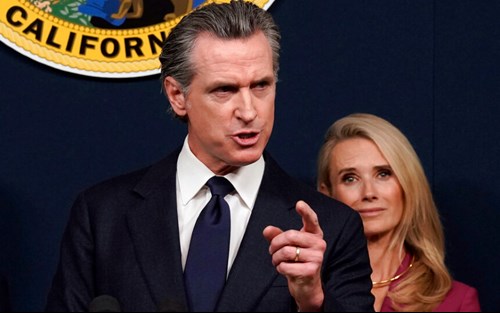 On the other side of the country, in California, Gov. Gavin Newsom (pictured at left) said DeSantis “has decided black history is irrelevant.”

Newsom tied this latest news from DeSantis to the “don’t say gay” bill the Republican governor signed into law last year amidst media hysteria and fuming Democrats. But tying the AP course to the “don’t say gay” bill should be a red flag, since Democrats and their dishonest media allies were outed for parroting that slogan but failing to be honest about what the Parents Rights in Education Act actually did.

"What's one of the lessons about? Queer theory," he pushed back, citing just one example. "Now who would say an important part of black history is queer theory? That is somebody pushing an agenda on our kids."

'Nothing particularly ideological' in AP course

“The real story,” Stemberger points out, “is that this particular AP course is replete with Critical Race Theory elements all throughout it.”

But even that accusation, if true, gets lost in debate because the communist Left has gotten caught playing fast and loose with defining Critical Race Theory itself. By now much of the public has witnessed Democrats and school leaders deny CRT is being taught to public school children, which is technically true in many cases, but the tenets of the theory – that whites are inherently racist and keep blacks from gaining power – are being taught to innocent children even in elementary schools.

The self-hating indoctrination works on white teachers, too, which is why AFN reported in December a white English teacher in California said basic rules for grammar are rooted in racism and Western colonialism. So the teacher, Marta Shaffer, said she focuses on "white supremacy and misogony and colonization" in her classroom. 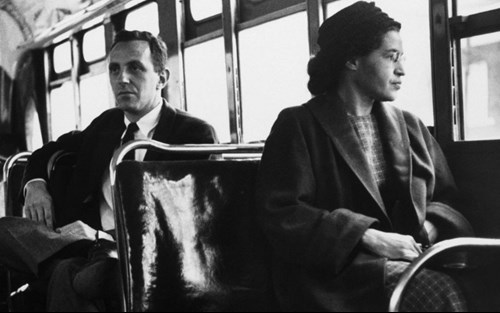 In the case of the AP course on black history, an NPR story quotes an African American Studies professor who helped create the curriculum. “There is nothing particularly ideological about the course,” insisted Christopher Tinson, “except that we value the experiences of African people in the United States.”

What does that even mean? In the case of Critical Race Theory, it mirrors the same pattern of denial in which the defenders of CRT – once they have been outed by parents or a teacher  – claim their critics are dishonest racists who don’t want students to learn about America’s racist past, such as the U.S. Civil War, Jim Crow laws and the Civil Rights movement.

In an eye-opening story at National Review Online, writer Stanley Kurtz points out the Left has been caught lying again because the evidence of Marxist indoctrination is sprinkled throughout the course material. He reminds the reader he already outed the AP African-American Studies course for its socialist activism in an NRO story published in September, but more recently he obtained a teachers’ guide, too.

Citing the newest AP materials he read over, Kurtz says the curriculum’s “most serious problems” are in the final quarter of the class, under a section called “Movements and Debates,” in which radical far-left movements are romanticized. Any so-called debate never really happens, Kurtz says, on topics such as racial reparations, incarceration of blacks, and activism in medicine, technology, and the environment.

“By ‘debates,’ the guide simply means practical disagreements about who exactly should pay for reparations, who exactly should benefit, and the precise mixture of monetary compensation and public apology to be demanded,” Kurtz writes.

A frequent theme throughout the course, Kurtz says, is advocating “revolutionary violence” against whites. The curriculums authors cite Malcolm X, the Black Panther Party, and modern-day black intellectuals and black writers who are open Socialists and Marxists, and whose books are recommended to students.

“DeSantis was right,” Kurtz concludes, “to block this course.”

“And it’s very specific about how it has to be accurate,” he tells AFN. “It has to be historical. It has to profile heroes of African-American history.”

It just won’t rely on a Marxist-based theory, he adds, that is itself “racist at its core.”

"If you fall on the side of indoctrination, we're going to decline," DeSantis told reporters. "If it's education, then we will do it."

A call for parents to put public education back on course

An advocate for parental rights at all levels of government says it's high time for moms and dads to get involved in their children's education.