Gov. Phil Murphy signed legislation Jan. 4 authorizing the New Jersey Department of Education to create an "information literacy" curriculum for public schools in the state. That task will fall to Democrats and teachers' unions.

New Jersey’s public schools will teach “information literacy” to students in an effort to help them recognize “disinformation” in the media but the effort is being mocked since woke Democrats and teachers’ unions will decide what is true and what is not.

According to the Jan. 4 announcement by Gov. Phil Murphy, the bill he signed requires the New Jersey Department of Education to develop new “learning standards” for K-12 classrooms to explore topics such as critical thinking, the difference between facts and opinions, and how information is created. That coming curriculum will be created by a committee of educators, whose work will be reviewed by unnamed “experts,” and the public will be allowed to have input before they are adopted.

When the governor signed the bill into law, he proclaimed New Jersey is fighting the “proliferation of disinformation” by helping “future leaders” in the classroom identify “fact from fiction.”

Signing the bill, he also said, was “essential to the preservation of democracy.” 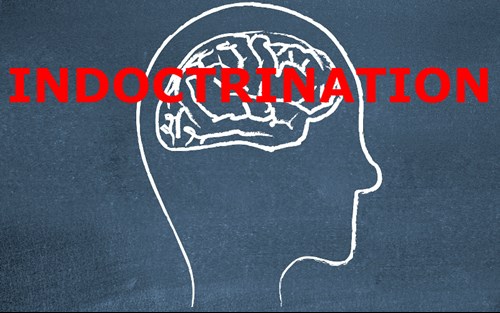 AFN failed to find an example of "disinformation" children are being exposed to in the governor’s announcement, or in a related story published at the website Diverse Education, but a related story at LifeNews.com summarized the belief of conservatives that the Far Left wants to control the "narrative" on hot-button issues.

"How will students be taught to search for objective truth? Whose truth is the truth?" Ashley Jacobs, co-founder of the parents rights group Parents United, demanded to know. "Sadly, ‘disinformation’ has come to be defined as ‘things people don’t agree with.’”

Last week, after Gov. Murphy’s annual state of the state address, a Fox News story reported the Democrat is attempting to strike a bipartisan tone at the same time he is eyeing a White House run in 2024. But the governor and the Democrat-led legislature have raised taxes on the wealthy, passed new gun restrictions, legalized recreational marijuana, and increased funding for abortion services, the story points out.

Back in 2020, Gov. Murphy made headlines when Fox News host Tucker Carlson pressed him to defend his strict COVID-19 lockdowns and stay-at-home orders during the pandemic. Murphy forced churches to remain closed, including a synagogue in which people were arrested for gathering there for a rabbi's funeral.

"By what authority," Carlson asked, "did you nullify the Bill of Rights in issuing this order?"

"I wasn't thinking of the Bill of Rights when we did this," the governor laughingly replied.

Emery McClendon, of Project 21, says what struck him about the legislation is it is vague and ambiguous.

"And one thing that deeply concerns me about this bill,” he tells AFN, “there's no mention whatsoever about parental consent, or about the role that the parents will play, in the process of determining whether or not their kids can have information taught to them that was written by the school."

So parents of New Jersey’s school children should keep an eye on what is coming, he concludes, because of who is deciding what “disinformation” means.

Art professor defended after getting fired for showing Muhammad image

A university art professor is being defended by a free speech watchdog and others after she was fired for showing a medieval painting of Muhammad to students at a private Minnesota university.