An education expert is speaking out about the steady decline of basic education in American classrooms after new figures show a terrible plunge in math and reading, which is being blamed on COVID-19.

The so-called “nation’s report card” was released this week by the National Assessment of Education Progress, which reviews hundreds of test scores from fourth graders and eighth graders across the country. Not one state showed improvement, The Associated Press reported.

The annual testing was paused during 2020 and 2021, the story said, which meant the test scores showed the impact of the pandemic on students who attempted distance learning after their schools were shuttered.

Reacting to the “report card” scores, Jonathan Butcher of The Heritage Foundation says test scores had plateaued and were flatlining, at best, by 2019.

“Many have looked at what was leading up to this,” he tells AFN. “And I think people, appropriately, looked at changes in academic standards.”

Looking back before the pandemic hit, Butcher says the controversial Common Core curriculum was supposed to help improve student academics, but it failed to do so, and then so-called "wokeness" hit schools. That meant the limited amount of class time for reading, writing, and math, he points out, was being used to examine racism and white people.

Then the pandemic hit schools that were already struggling. 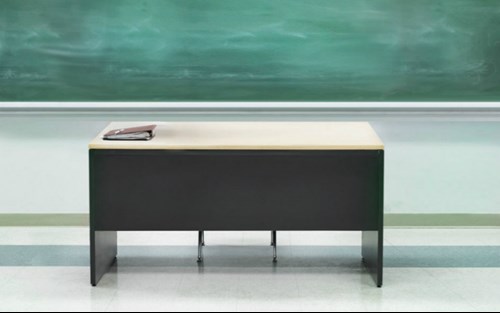 When the pandemic hit, Butcher points out that teachers’ unions were publicly urging teachers to refuse to go back to the classroom, even when months had passed and it was obvious children were falling behind and were suffering mentally while stuck at home.

Among the most prominent culprits is Randi Weingarten, who leads the American Federation of Teachers. After working behind the scenes with the Biden administration to keep teachers out of the classrooms, she has since been accused of “gaslighting” parents for pretending she was not the person who kept schools closed.

Karol Markowicz, writing for The New York Post, pointed out in a 2021 story that the CDC secretly cooperated with Weingarten before releasing school re-opening guidance. The language Weingarten suggested was included in the CDC announcement, and the teachers’ union used that guidance to keep schools closed and to keep teachers at home.

Instead of focusing on the fact that America's students are falling far behind in critical subjects like math and reading, teachers at a recent conference chose to deal with "decolonizing minds," "whiteness," and "intersectional feminism."