Subscribe
Recognition of banned books is opportunity to define 'obscene'

Recognition of banned books is opportunity to define 'obscene'

“Banned Books Week” has arrived, right in the middle of a culture war over what is appropriate for children to see and read, and an author who has followed that debate says the Far Left is claiming the right to indoctrinate the most innocent among us in the name of sexual exploration.

Deborah DeGroff, author of “Between the Covers: What's Inside a Children's Book?”, tells AFN she has been fighting libraries for years over the issue of what is appropriate. Parents, she insists, would be appalled at what librarians put on a shelf for children to pick up.

“They are so obscene,” DeGroff says of those books, “that a normal person cannot imagine the depths and the depravity of some of these books.”

The controversy over banning books is not a free speech debate over the First Amendment, or the right to write and publish, but is more a fight over defining what is crude or even pornographic, and who gets to define what that is. According to the American Library Association, the most-banned book on its list is “Gender Queer,” in which author Maia Kobabe tells her story of sexual exploration from childhood through adolescence.

AFN has reported on "Gender Queer" in numerous stories. The comic book-style novel depicts scenes so sexually graphic that frustrated parents have been punished by school boards for reading sections aloud in front of them, where such vulgarity is not allowed.

In her article about this year’s Banned Books Week, DeGraff points out how the book banning debate has shifted to defending sexually explicit works. That is because the “honorary chair” of Banned Books Week this year is homosexual author George M. Johnson.

His 2020 memoir “All Boys Aren’t Blue” is a top target of censorship for depicting graphic sex scenes from his youth and young adulthood.

In an interview with Time Magazine, Johnson was asked to respond to concerns his book is “sexually explicit” and should be banned. The book was not written for very young children, he said, but went on to say his memoir was “geared for” teens as young as 14 years old because they are likely having sex.

“We also have to stop pretending,” he told Time, “like my book is what’s introducing [a] child to sex.”

Johnson, who says he is “non-binary,” also told Time the book is about “sexual education” and issues such as consent and sexual abuse.

“So they’re leaving very, very important context out,” he says of critics, “intentionally of course, to try and say my book is pornographic.” 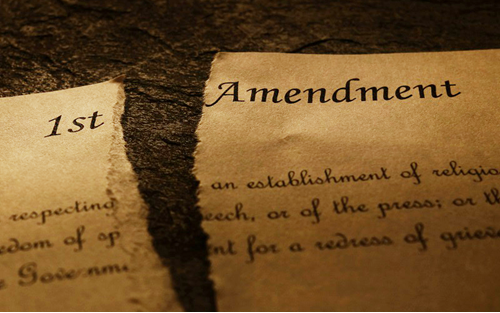 The issue of “context” in a controversial work is not a new one. Over the years, Banned Books Week has documented incidents in which race-conscious high schools have banned historical novels for their racial slurs. Among those targeted books are Mark Twain’s classic “Huckleberry Finn” for its portrayal of blacks and slavery. Some classrooms have tossed out “To Kill a Mockingbird,” the Pulitzer Prize-winning book in which Alabama attorney Atticus Finch and young daughter Scout defend a black man, Tom Robinson.

In the current culture obsessed with "transgender rights," those controversial novels have dropped off Banned Books Week. They have now been replaced with sexually-explicit works written by authors such as Kobabe and Johnson, who both refer to themselves as “non-binary” and go by the pronoun “they.”

According to DeGroff, objecting parents need to be ready to be called a “book censor” without cowering. She says parents also must refuse to accept the claim the LGBT-themed books are helping a minority of children who are questioning their sexuality.

“I mean, think of the analogy of that,” she says. “Okay, so it's destroying 90% of the population but, hey, we're going to protect this number.”

Some books aren’t in circulation for a reason

A legal defender of parental rights says the high school teacher in California who's boasting online about her classroom's "queer library" needs to be fired immediately.