Subscribe
Dept. of Ed rules could end charter schools but lawsuit could save them

Dept. of Ed rules could end charter schools but lawsuit could save them

In a lawsuit filed just this week, embattled charter schools in Michigan and Ohio are accusing the U.S. Department of Education of creating illegal and preposterous rules that will destroy the charter school movement that is supported and funded by federal law.

The case, MAPSA, et al. v. U.S. Dept. of Education, et al., was filed in the U.S. District Court for the Western District of Michigan by Pacific Legal Foundation.

Pacific Legal is representing the Michigan Charter School Association and the Thomas B. Fordham Institute. 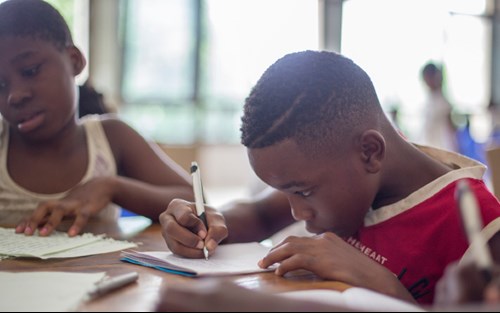 Among the new rules, according to the Foundation’s lawsuit, is the charter school applicant must seek permission from a competing public school in order to exist. That demand, the lawsuit states, allows the existing school to “veto” its own new competitor.

Over the last two years, the COVID-19 pandemic hit a public school system that was already hemorrhaging from dismal test scores, classroom wokeness, bloated administrations, and the demands of far-left teachers unions. It doesn’t help a failing public school either when a charter school pops up and shows a better way of learning and achievement with far less funding and classroom sources.

When he was running for president, Joe Biden said he was not a “fan” of the charter school model, which he said “siphons off money” from public schools that need that funding, too.

Caleb Kruckenberg, an attorney with Pacific Legal Foundation, tells AFN that Congress expanded the Charter Schools Program in 2015, which included appropriating tens of millions of dollars in grants to increase the number of charter schools across the U.S.

"Congress recognized that these schools are a good alternative,” he says. “They serve kids who need help. They fund good public schools that are innovative and provide lots of educational alternatives.”

According to the new federal rules, which took effect August 5, grant applicants must prove that traditional public schools are not overcrowded; must seek approval from those existing schools to form; and must show the charter school classroom is not serving too many racial minorities.

Kruckenberg says the new requirements from the Department of Education affect every state that permits charter schools, which means the outcome of the lawsuit affects them, too.

"My clients are in two states but this rule affects every state that allows charter schools," he says, "and that's millions of kids across the country."

A reminder that voters can only hold elected officials accountable

With Pennsylvania's education department teaching that children as young as three can identify as transgender, a defender of traditional values highlights the importance of an upcoming election.