Did Harvard audience buy what lying Chinese diplomat was selling?

An annual conference at Harvard University recently welcomed a Chinese diplomat, who predictably praised his authoritarian country as a socialist paradise, and a writer says the naïve, brain-washed Ivy League attendees probably agreed with the claims instead of standing up for freedom.

Huang Ping, representing the Chinese consulate in New York, was invited to speak at Harvard College China Forum, an annual conference dating back 25 years that welcomes prominent leaders from business, academic, and politics.

The theme of this year’s conference was appropriately called “Extraordinary Times,” which Ping happily cited in his April 16 speech that reminded the audience China is celebrating the 50th anniversary of President Richard Nixon visiting the country. 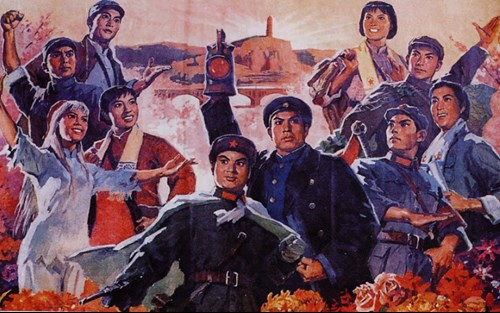 “Last year, China celebrated the centennial of the founding of the Communist Party of China,” Ping said, “and we are now embarking on a new journey to build a great modern socialist country.”

That bloody and violent journey had arrested and killed as many as 2 million Chinese citizens by the 1950s. By the 1960s, tens of millions were starving during the Great Leap Forward.

Reacting to the Communist leader’s speech, Melanie Collette of Project 21 tells AFN the audience was likely nodding along because left-wing “groupthink” matters on today’s college campuses more than critical thinking about an authoritarian regime.

"They want everyone to think the same way about the same thing,” Collette warns. “And even if you don't, that environment makes it difficult for people who decided to think on their own or think critically about any of these issues."

That is certainly the case in China, where Ping would be whisked back to his homeland if he admits basic freedoms are not permitted there or if he criticizes China’s human rights abuses. And his fate for doing so would be a government trial and a prison cell, all permitted by the “modern socialist country” that is literally starving its own citizens in Shanghai at the moment during a COVID-19 lockdown.

That criticism is unlikely to happen, however: Ping has called allegations of genocide against the Uyghur population “lies” that are “fabricated by some people with their own political agenda.”

Students and faculty at Baylor University are angry with university leaders who are slow-walking recognition of a homosexual fraternity on the Baptist-affiliated campus, and a critic of the university says the first mistake was opening the door to unbiblical beliefs at all.