According to a local NPR station, Kendi spoke by video in June to faculty and staff at Charlotte-Meckleburg Schools, where the faculty and staff were assigned to read and study his book How to be an Antiracist. They then attended the Summer Leadership Conference to hear Kendi speak.

Kendi (pictured below) was already a well-known figure in left-wing academia when the current debate over “white privilege” and Critical Race Theory elevated his stature even more. It has also made him a wealthy man while he accuses those who are making him wealthy of being racists who believe they are superior to him and all other minorities.

“This is clear and direct evidence that Critical Race Theory is being pushed in North Carolina,” Lt. Gov. Mark Robinson said in a statement released this week. “The fact that a public school district would pay someone who chooses to teach others that ‘the only remedy to past discrimination is present discrimination’ is unimaginable.” 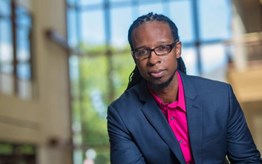 That quote, which comes directly from Kendi’s own book, reflects the Left’s push for “equity” to reflect racial discrimination. That view was most recently demonstrated by the Biden administration barring white farmers from participating in a loan relief program that was set up to aid minority farmers hard-hit by the pandemic.

"It was Mr. Kendi who said in order to truly be anti-racists you also truly have to be anti-capitalist,” she points out. “In other words, he's saying that identity is the means and Marxism is the end."

Kendi gets coy over CRT

After enjoying unfettered adoration for years, Kendi and his Marxist allies are now witnessing the public push back on their radical writings and theories after Critical Race Theory and it basic claim --- systemic racism exists because whites purposely keep minorities out of power --- leaped from a college classroom to the corporate boardroom, army barracks, and high school classroom. 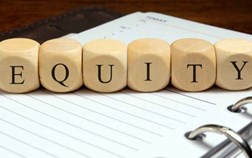 The Federalist points outs, however, that Kendi told the left-wing Slate just weeks earlier that he considers Critical Race Theory to be “foundational to my work.”

What is happening in real time, the Federalist story summarizes, is that Critical Race Theory cheerleaders such as Kendi and MSNBC are playing word games and “gaslighting” their own viewers over what CRT teaches about racism and whites. 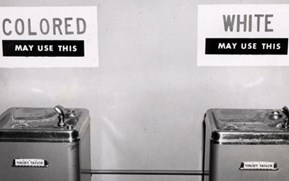 Similarly, at the school district’s June conference, Kendi was asked in his 43-minute speech to respond to criticism of Critical Race Theory. He called it an academic theory used by legal scholars to analyze laws and policies, and their racial impact, NPR reported.

“You have local people who are sort of demonizing critical race theory in order to get the way which history is taught," Kendi told the school leaders. “I think that it is unfortunate that we are even debating or arguing about whether we should teach our young people about racism in a society where racial inequities are rampant."

Critics of CRT, however, have accused Kendi and others of dishonestly blending U.S. history --- the Civil War, Jim Crow, and Civil Rights struggles --- with a radical theory that can be traced to Marxist academics and their vision of a class revolution as described in Critical Theory. 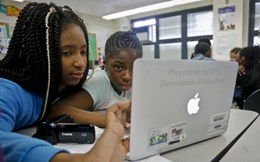 Since the author spoke for approximately 43 minutes, he was paid approximately $580 per minute to tell school leaders that some unnamed white people believe white schools are “superior” to black schools.

“They believe,” he continued, “that white teachers are superior to black teachers.”

According to Fitzgerald, Charlotte-Mecklenburg Schools did not need prior approval before inviting Kendi, and paying him that fee, but she predicts the decision could impact school board elections.

“Because the school board,” she says, “is ultimately responsible."

An information technology specialist and freelance political consultant says the Harvard student who authored an anti-Semitic op-ed for The Crimson is probably speaking out of ignorance.