Subscribe
Coming soon to school near you: lots and lots of cash and 'equity'

Coming soon to school near you: lots and lots of cash and 'equity'

The U.S. Department of Education is planning to pour tens of billions of dollars into public education, which is really nothing new, but that plan is coming with a vow to address “equity” when taxpayers’ dollars are distributed to poorer schools around the country.

The federal agency, sitting on billions of taxpayers' dollars from the “America Rescue Plan,” announced June 9 that public school districts are being advised on how to spend emergency relief funds to comply with “educational equity” in the classroom.

President Joe Biden signed the $1.9 trillion federal stimulus plan in March, which included approximately $125 billion for K-12 public education, according to a favorable analysis by the Learning Policy Institute.

“This is our moment as educators and as leaders,” said U.S. Education Secretary Miguel Cardona, “to transform our education systems so they are truly serving all of our nation’s students.” 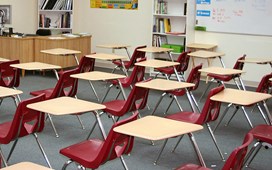 "I don't see anything,” counters Neal McCluskey of the Cato Institute, “that gives me reason to believe that this proposal for massively increased spending is going to end up any different than previous proposals."

Yet the word “equity” is sprinkled throughout the 1,400-word press release in which the Dept of Education says it is taking action after Biden signed an executive order Jan. 20 on “advancing racial equity” in “underserved communities.”

That executive order was one of several at the time, and went largely ignored in the national media at the time, but now, six months later, a national debate over Critical Race Theory has awakened the non-woke public to key phrases about “Whiteness,” “Systemic Racism,” and “Oppressors,” and also the Left's demand for “equity” not just “equality.” 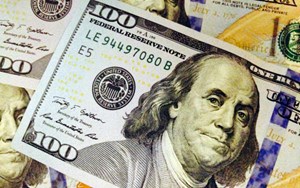 “Like equity,” states the liberal Annie E. Casey Foundation, “equality aims to promote fairness and justice, but it can only work if everyone starts from the same place and needs the same things.”

The federal agency was set to kick of an “Equity Summit” today, June 22, that will urge schools reopening from the pandemic to “not return to the status quo” but to “reimagine our school systems so that every student has a voice in their school and classroom…”

According to the DOE press release, separate from the Rescue Plan funding, the Biden administration is asking for $36.5 billion dollars for Title I schools, which are historically poorer communities, which is a $20 billion increase from the previous year.

A conservative activist is urging concerned communities everywhere to wake up and fight back after the Biden administration reversed a Trump policy that had sided with biological girls under the federal Title IX rules.